Having a Baby; That’s Where Rachel Brooke Has Been 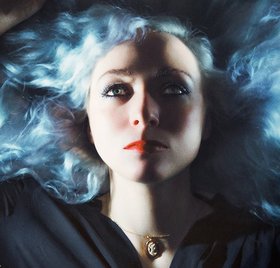 On Wednesday (11-25), Rachel Brooke announced that on November 2nd she welcomed into the world one Casper Brooks weighing in at 9 lbs. 2 oz. The little boy is reportedly already a music lover, which would make sense since he’s the son of Rachel, and her husband/performer Brooks Robbins, who also has recorded under the name “Junk.” Everyone is happy and healthy, and the birth came as a surprise to many fans who didn’t even know Rachel was expecting, though had noticed she was missing in action for the last few months.

In April, Rachel released her long-anticipated second collaboration with Lonesome Wyatt of Those Poor Bastards called Bad Omen that has Gothic country fans singing its praises, and made Saving Country Music’s Best Albums of 2015 So Far list. Rachel was teasing a new solo release in July, with a cover emblazoned “The World’s Greatest Anchor,” though no release date on the new solo record has been released just yet. The musical couple of Rachel Brooke and Brooks Robbins also announced recently that a new collaboration between the two under the name Modern Mal is in the offing, and that “Junk” will officially be retired henceforth.

Rachel Brooke has released three solo records, a handful of smaller releases, and her cherished voice has been featured on albums from the .357 String Band to Fifth on the Floor. She was also recently honored with a nomination for the 2016 Ameripolitan Awards under the Outlaw Female category.