How Whataburger Helped Mel Tillis Overcome His Stutter, And Start a National Conversation 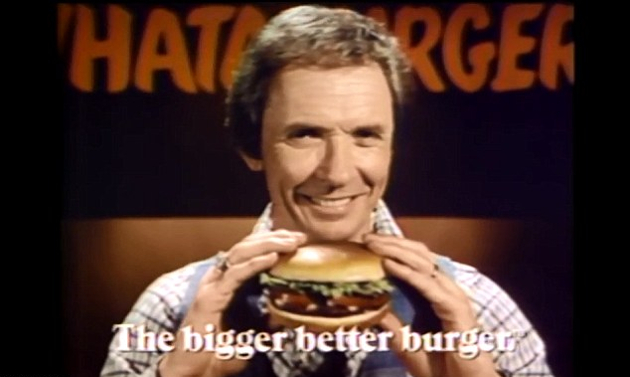 Country legend and Hall of Famer Mel Tillis passed away on Sunday morning (11-19) at the age of 85, leaving behind an incredible legacy of songs and albums, from music he wrote such as Waylon Jennings’ “Mental Revenge” and Bobby Bare’s “Detroit City,” to the songs he recorded and performed himself such as one of his signature hits, “Coca-Cola Cowboy.”

Mel was known for many accomplishments in music, but he’s also known to a generation as being one of the most famous people with the speech impediment known as stuttering. An involuntary motor skill condition, it affects the enunciation of vowels and semi-vowels in over 70 million people, or roughly 1% of the population. It often impedes the individuals who suffer from the ailment in not just their speech, but in other profound ways due to the social awkwardness the stammering often creates in both the speaker and the listener. Mel Tillis was no different.

Throughout his young life, Mel was teased for his stuttering, and later it also affected his ability to get a job. After serving in the Air Force, Mel returned to his home in Florida to look for work, and ran into difficulty due to his disability. One owner of a business where Mel applied said he had overcome similar issues when he was young, and though he did not give Mel a job, he did give him advice written piece of paper to read every night. It was the prayer often used in Alcoholics Anonymous.

Oh Lord, Grant me the Courage to change the things I can change, the Serenity to accept those I cannot change, and the Wisdom to know the difference.

“For the first time in a long time, I slept well that night,” said Mel. “I woke the next morning with a different outlook on life. I told myself that if I couldn’t quit stuttering, then the world was going to have to take me like I was. What you see is what you get.”

Having to deal with stuttering is one of the reasons Mel Tillis gravitated towards singing for a career, where his impediment was not present. Because talking is handled by the left portion of the brain, and singing is handled by the right portion of the brain, often stutterers and others afflicted with speech issues are able to sing clearly. We’ve seen similar miraculous results with Randy Travis, who despite still being unable to form complete sentences after suffering a stroke, is able to sing at a much greater competency.

Still, Mel’s stuttering is what made him decide to become a songwriter in country music first, before trying his hand as a performer. One of his early songwriting successes was the song “Ruby, Don’t Take Your Love to Town” recorded by Kenny Rogers and The First Edition. The song is about a veteran returning from the “crazy Asian war” who can no longer satisfy his lover due to an emasculating disability. Though never directly stated by Mel, many have drawn the parallel between the song and Mel’s own issues as a veteran himself.

But Mel persevered and eventually did begin to perform on stage, but first in a side role where he wouldn’t have to directly address the crowd. Even though Mel could sing clearly, at some point you must speak to the audience, and often high stress situations like public speaking can exacerbate the stuttering (though for some, it miraculously cures it). One of Mel’s first performing gigs was singing backup for Grand Ole Opry legend Minnie Pearl in 1957.

Pearl encouraged Mel Tillis to talk on stage, but Mel refused, saying he was worried he would be made fun of. Minnie, who had made a career out of people making fun of her said “Let ’em laugh. Goodness gracious, laughs are hard to get and I’m sure that they’re laughing with you and not against you, Melvin.” Tillis eventually concluded, “Well, if they’re gonna laugh at me, then I’ll give them something to laugh about.”

Soon, the stuttering of Mel Tillis would become one of his signatures as his own performing career gained steam. He would tell stories that made light of his stammering and included specific words to stimulate it, sending audiences into stitches, and often humanizing him to fans. It certainly played a part in Tillis being named Entertainer of the Year by the CMA in 1976. By making fun of himself, Mel took away the fear of his stuttering, and began to use it to his advantage. Not only did it become a seminal part of his stage show and something listeners looked forward to on radio, it made Mel a favorite guest on television shows, and got him cast in cameos and supporting roles in blockbuster movies in the early 80’s, including Smoky and the Bandit II, and Cannonball Run. Mel’s stuttering was not a hindrance anymore, it’s what people wanted.

This was also the case for the regionally-located, but nationally-famous fast food chain called Whataburger down in Texas. With Mel Tillis songs on the radio, and his face and famous stutter gracing movie screens, they decided to sign him as their spokesperson in the early 80’s. At first, Mel’s stutter is what the commercial writers scripted their spots around (the 2nd half of this video).

“Hey, you know there’s a big big difference between a Whataburger and all the other, b-b-b-burgers. Whataburger c-c-c-c….” Mel stammers.

But at this time, a conversation was starting in the United States about the callousness of making fun of individuals with disabilities. In 1986, the National Council on Disability recommended the enactment of the Americans with Disabilities Act, or (ADA), and drafted the first version of a bill to present to Congress. In the meantime, Whataburger decided to take the initiative with their famous stammering spokesperson to make a point and inspire people, instead of being behind the curve.

In subsequent Whataburger commercials throughout the 80’s, Mel Tills was seen fighting through and overcoming his stuttering issues instead of making fun of them. In a later commercial, Mel is seen stopping himself before stuttering, and speaking out the words. It wasn’t the stuttering which made the commercial compelling, it was the viewers watching Mel Tillis persevering over his famous stuttering issues, with no background music or other embellishments so your focus is strictly on Mel (and Whataburger).

Then in a later Whataburger add attributed to 1984-1985, Mel Tillis is not stuttering at all.

In 1988, the Americans with Disabilities Act was formally introduced in the United States House and Senate. The bill was later signed into law on July 26, 1990 by then President George H. W. Bush. Though it was one small part, and isolated to the commercials of a Texas burger chain, Mel Tills helped raise awareness not just for stuttering, but for everyone suffering from disabilities and the stigma they come with, just like he did with “Ruby, Don’t Take Your Love to Town.”

There is a reason why Whataburger is so beloved in Texas, and why Mel Tillis is so beloved in country music, and it’s not just because of the burgers and songs. It’s because they both showed incredible character.