I Don’t Care That T-Bone Burnett Produced Your Album 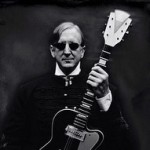 Yeah, that’s right. I said it. I don’t care if T-Bone Burnett, or anybody else with a famous name produced your album. What I am concerned with is if it is good.

Don’t get me wrong, I’m not saying T Bone Burnett is a bad producer. It’s just at some point hype far exceeds substance, and I think we have passed that point with the “T-Bone Burnett” name. It has become the mega franchise of Americana music. Many folks will buy an album if T-Bone’s name is on the back, regardless of who’s name is on the front. It’s also the golden ticket to media coverage. Want your music featured by NPR? Want reviews in leading periodicals like Paste and American Songwriter? Then get T-Bone Burnett involved somehow. What does that take? I don’t know, from the outside looking in, it looks like it takes a built-in pre-existing celebrity status, or lots of money.

His name has become an undeniable marketing tool, and sometimes it is used regardless of his association with whatever is being marketed. Even if your music project wasn’t produced or otherwise touched by T-Bone, if somehow, some way, through whatever convoluted set of circumstances you can associate your music with T-Bone, then that is what you do because T-Bone sells. But T-Bone may not even be to blame for the overexposure of the T-Bone name. In fact he might be the victim.

Some folks are really excited about this new T-Bone / Civil Wars / Taylor Swift collaboration “Safe & Sound” and are wondering if T-Bone might produce Taylor Swift’s next album. God I hope not. One of the things that’s cool about Taylor Swift is that she produces her own stuff which even for pop music, gives it a unique flavor. If T-Bone produced it, it would sound like… well… T-Bone.

And what exactly is T-Bone’s producing legacy? In my opinion, it’s to shave off the sharp edges of American roots music until it is palatable to the NPR elitists of America’s white upper crust so that they can play it at cocktail parties without interrupting their intellectual politico banter. In fact I think T-Bone is at the heart of the adverse NPR effect on American roots music; the “softening” or “taming” of the roots to appease demographics and financial concerns, despite it’s “independent” labeling.

With all that being said, I cannot sit here and say that T-Bone is bad. I happen to like a lot of the music he produces, and his track record speaks for itself. All I know is that in the era after he produced the O Brother Where Art Thou soundtrack, when I saw the name “T-Bone Burnett” my brow furrowed with interest. Then the interest went to indifference by the sheer rate of projects attempting to piggy back off the “T-Bone” name passing under my nose. Now when I see “T-Bone Burnett” associated with a project, I wince.

And I have a feeling I am not alone.