“I Was Jack (You Were Diane)” Jake Owen? Really?

Trigger Down with Pop Country 76 Comments 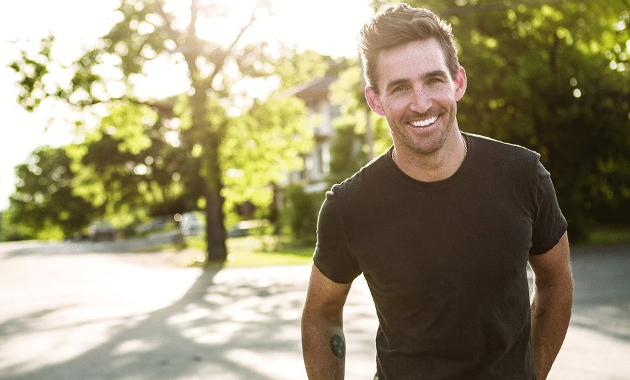 Jake Owen ain’t Jack. And he ain’t no Mellencamp either. It appears the years of prolonged exposure to radioactive bronzer treatments have finally all but officially fried his brain, while the removal of the lovely locks once adorning his head may have cleaved off a few brain cells in the process. All that a mid 30’s Jake Owen is capable of now is rocking casual T-shirts really hard, mumbling lyrics in a monotone dirge, and glue sticking rearranged elements of someone else’s worn-out 35-year-old dusty Heartland rock anthem together like some adolescent making a caterpillar with construction paper.

Yes this song makes me nostalgic. It makes me nostalgic for a time in music when new songs from country artists weren’t complete and utter shite, when people had an original thought and idea when they walked into the studio to record a song, when the best artists of the day were able to compose an original melody, and a song relied on its own guts and expression to steal your attention.

Jake Owen’s new single “I Was Jack (You Were Diane)” ain’t a little ditty, it’s a big ripoff, and a dud. We’ve been saying for years that much of mainstream country is nothing more than warmed-over John Cougar, and here Jake Owen is giving us a glaring example on a silver platter without the need to diagram chord progressions or point out nuances in lyricism. This is the big impression Jake Owen wants to make with the lead single from his next album, that he’s completely bereft of new or original ideas? 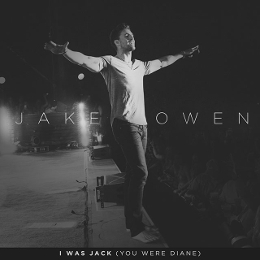 If we’re going to remake old songs in a modern perspective, why not choose a country one? It’s because songs that have been stuck in ClearChannel/iHeartMedia’s classic rock format rotation for a quarter century and so mercilessly run into the ground are still considered more relevant to Music Row than something that actually resembles country music. Yeah I know, old school Mellencamp is still way more country than most of what passes for country today, but by bleeding everything that was cool out of the original composition, this remake doesn’t even include enough of the original “Jack & Diane” essence to inspire a second spin.

And get this: You would think a song that relies so heavily on a previous composition would be a breeze in the writing room, right? Not so much. For as little original effort expended to compose this song, “I Was Jack (You Were Diane)” credits a total of five songwriters. That’s right, it took four humans, along with throwing Mellencamp an obvious bone, to lump this pile of stool together and set it on fire. Tommy Cecil, David Wray, Jody Stevens and Craig Wiseman, bravo.

The original “Jack & Diane” came off of a record called American Fool. “Jack & Diane” wasn’t built off a guitar riff or even deeply-involved characters as the name implies. It was built from the line, “Oh yeah, life goes on, long after the thrill of living is gone,” which is repeated over and over in the original, and is glaringly missing in this remake. That’s because Mellencamp wasn’t waxing nostalgic in this song. He was bemoaning the inherent boredom and sameness of American life. He was impugning nostalgia, and how in America, you tend to live out your glory days, and “hold onto 16 as long as you can,” and how small that all feels. It’s also what mainstream country obsesses over these days—youth, nostalgia, looking back with fondness, and looking down on adulthood.

I get it, some will hear the immediately-identifiable elements of “Jack & Diane” retrofitted for use in this song like the iconic drum beat, the little keyboard part, and the hand claps, and maybe get a little steamy remembering the days of old. But who will be looking back at Jake Owen’s “I Was Jack (You Were Diane)” and be doing the same thing 35 years from now? Trust me, nobody will. Why? Because the original was so much better, and will withstand the test of time. This one is just a throwaway knockoff.

I Was Jack (You Were Diane), Jack & Diane, Jake Owen, John Mellencamp