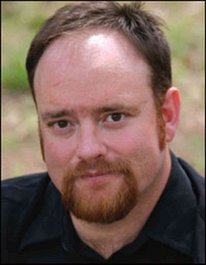 John Carter Cash—the only child of Johnny Cash and June Carter Cash, and a producer, songwriter, and performer in his own right—was arrested after stripping down to his underwear at the Deer Lake Airport in Newfoundland in Canada Monday afternoon (10-27). John Carter had been in Newfoundland on a hunting trip. According to police reports, Cash appeared to be drunk during the incident, or “suffering from a medical condition,” but it was later determined that he was indeed intoxicated.

Deer Lake Police were called to the airport at about 2:10 PM on Monday by airport security. Security personnel had already convinced John Carter to put his clothes back on by the time police arrived on the scene, but Cash was still arrested and detained for a period stemming from the incident. Very few people witnessed the incident according to reports. Cash was apparently cooperative with police, and due to no prior arrests, no charges were filed against him. He was detained by police until Tuesday when he was declared sober, and reportedly caught a flight back to Tennessee where Cash lives.

John Carter Cash is a beloved member of the country and Americana music community, and is one of the principle representatives of the Johnny Cash estate. He has no significant prior run-ins with the law.