Is The Band Perry Really Trying to Say They Never Went Pop? 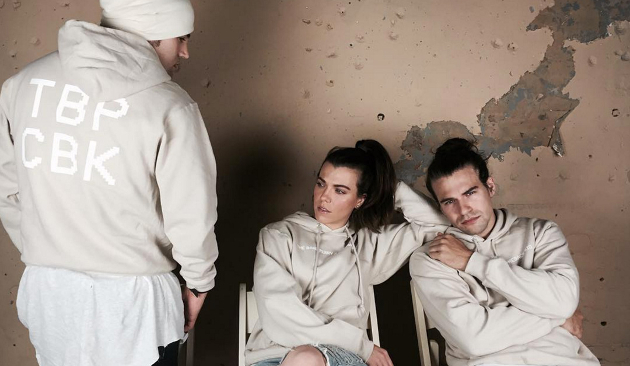 Now The Band Perry is lying about things that they don’t even need to lie about. They erased the entirety of their social network feeds under the guise of starting over, when in truth they were just trying to cover their tracks. Then they tried to play this whole victim card around their new single “Comeback Kid” to act like they were bullied by the media and others, when it was the band’s own dumb decisions that resulted in a hiccup in their career. And now their using their complicit friends in country music’s fawning media to rewrite history. And for the life of me, I have no idea why. They’re tilting at windmills instead of letting their music speak for itself.

Regular readers here are all, “Trig! Why do you keep covering this dumb band? They’re not country!”

Well don’t tell them that, because according to The Band Perry, despite mounds of evidence in the form of previous statements and irreconcilable actions, they are now insisting that they never tried to go pop … that it was all a pipe dream of media members that got it all wrong.

The reason Saving Country Music and others keep covering this story is because it just continues to get more incredibly insane around every corner. And in this particular instance, it’s tough to watch the public being misled.

“We never said it,” says Kimberly Perry about wanting to go in a more pop direction, or “going pop” in a new interview at Taste of Country.

Rubbish. Kimberly Perry said it herself.

“We’re pop tarts at heart,” Perry told News4Jax on November 2nd, 2015, setting up their new album Heart + Beat. “We love all styles of music. And with the new album we made . . . we really wrapped in a lot of our love for pop music, and kind of where that cross pollinates with what we love.”

Here is video of them saying it below:

Also, Kimberly Perry said to the Clarion-Ledger on June 9th, “Are we going pop? We have already gone pop. ‘If I Die Young’ was pop. If we end up going pop, it’s only repeating what we’ve already done.”

Furthermore, they released a 100% pop song in “Live Forever.” It was co-produced by a pop producer, RedOne, and co-written by pop writers RedOne and Jenna Andrews. Then remember “Put Me in the Game Coach” they were performing publicly? Or the long-rumored collaborations with Pharrell Williams and Nicki Minaj? Even if The Band Perry had never said they were moving in a more pop direction (which they did), their actions broadcast that intentions loud and clear with the music, the “Live Forever” video, the hip-hop dress, all of it.

Balance this with previous statements from pop country artists like Miranda Lambert and Carrie Underwood who’ve gone out of their way to say they don’t actively look for crossover attention, and don’t release songs to pop radio, and it’s clear that The Band Perry is blowing smoke. They went pop and failed. And hey, failure happens. People make mistakes. It’s how we all deal with those mistakes that is the judge of our character.

The one correct clarification from The Band Perry is that when it was announced they had signed to the pop label Interscope Records on May 12th 2016, the detail that the deal was actually a collaboration between Interscope and country label Universal Music Group Nashville was initially left out. It was not just a deal with Interscope exclusively.

“Folks were freaking out for a half-minute, like ‘Interscope, is that a pop label?!” says Kimberly Perry to Taste of Country. But the only reason the media picked up on the Interscope deal is because that was the only information that was leaked, and the UMG Nashville info was left out. As soon as the entire deal was announced, everything was clarified and it was fine. But the Interscope info came out on May 12th—over half a year AFTER the band’s statements to News4Jax above and other similar statements to other media outlets, and nearly a year after releasing “Live Forever.”

Sure, there is some nuance here. Was The Band Perry really trying to launch an exclusively pop career, or were they trying to play both sides of the country/pop divide? Either way, pop was a very strong influence on their new direction according to their own words, and they can’t be acting surprised when people took it as a move to pop.

“Will you hear us on pop radio? I hope so, just like you did six years ago with ‘If I Die Young.’” Kimberly Perry says in the new Taste of Country interview, confusing things even more. Clearly they want it both ways instead of doing as Taylor Swift says, “Choose a lane.” They want to be considered country, but release songs to pop radio, but be completely free of criticism for going pop because they’re country.

As Saving Country Music said in the review of “Comeback Kid”:

The Band Perry’s been paying too much attention to their own press and critics… Most fans aren’t invested enough in The Band Perry to care what label they’re signed to. If anything, this song is shining a spotlight on The Band Perry’s drama that many didn’t know about until now.

Why is The Band Perry even choosing to fight this fight? What do they have to gain here? If they want to be considered country, then the first thing they need to do is quit whining, and quit with the choreographed and color coordinated media blitzes. Let the music speak for itself. You want to be considered country? Release a country song. “Comeback Kid” was a very slight step in the right direction, but their pride to need to be right about if they tried to go pop or not has resulted in The Band Perry stepping in it once again.

Nobody wants to hate on The Band Perry. Life’s too short. They just continue to make it easy for everyone.