Is There Too Much Free Music? 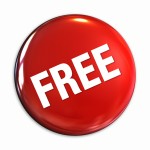 We all like free stuff, right? Beats paying for it. Unless taking something for free is silently eroding something we’re perfectly willing to pay for.

The amount of music out there right now that’s being either given away, or offered for unlimited free listens, is astonishing when you consider what normal was only a few years ago. On April 30th CMT and American Songwriter magazine teamed up to release a gargantuan 31-song free compilation with a stellar lineup of artists and songs. Even for a music critic that has to employ an intricate file system to deal with the reams of free music being submitted to me daily, I felt guilty downloading this monster. Willie Nelson’s “Country Throwdown” tour has an 8 song free download out right now. NPR’s First Listen allows for people to hear (or record with simple, free software) entire albums from 4 to 5 artists every week. If it is not expected of artists to at some point make their albums or songs completely available to fans for free, then it will be within months, if not days.

When the band Radiohead began this trend in earnest in 2007 by allowing fans to pay what they wanted (including nothing) for their album In Rainbows, suspicion of where this would lead the music industry was all over. The genesis of Radiohead’s idea was to say “…fuck you to this decaying business model”, but the result was a publicity boom and solidified loyalty throughout their fan base. Prince made a similar move a few months before, releasing his album Planet Earth as a free CD in the UK tabloid The Mail. The result was Prince selling out all of his upcoming UK concerts.

One of the rules in the new music reality is that artists don’t make money off of their music unless they’re huge mega-stars, they make it off of touring. So if the recorded music can just pay for itself and help promote the band, the money will get made from concerts. But what if a band or artist is not well-known yet, and can’t draw a crowd? The cart before the horse rule comes into play. So does the big fish eating the small fish.

Observing what bands give away their recorded music and which ones don’t, one of the lines of demarcation seems to be bands with established followings that can ask for guarantees from local promoters and concert venues tend to do it more, while small, up-and-coming bands that may depend on CD sales for the majority of the money they make at a live show do it less. The mega-stars do it less as well, not needing to use free music for promotion.

When Radiohead and Prince gave their music away, it was an event. Now it is passe, or even an expectation. And as consumers are flooded with choices of what free music to listen to, the effectiveness of the “free music” marketing tool is becoming drastically diluted, heading towards being completely impotent. The irony is that before Radiohead, the smaller, independent bands were the first ones to experiment with giving away their music as a promotional tool. Now that everyone does it, people are so bombarded with free music, sometimes you can’t even give music away; people are too inundated to have time to take it.

The cheap music model, like Amazon’s $5 albums, is also losing potency. This used to be a fantastic tool for smaller artists to generate higher sales figures and interest in a project, or get consumers to buy whole albums instead of cherry picking singles. Now there’s so many cheap or free albums, it’s more of a nice surprise when an album happens to be less than $9.99.

Bands like The Grateful Dead, The Black Crowes, and Phish established remarkably loyal fan bases by encouraging bootlegging of live concerts and free music sharing. One of the reasons this was so effective is because it wasn’t the norm.

And maybe there is a visceral element to this dilemma as well that results in a loss for the listener. When you would hear a single first on the radio, with no other way to go back and listen to it but to buy an album, the anticipation of a fresh batch of songs made you impatient peeling back that annoying sticker that ran the length of the CD case.

The new car smell of music is gone when you’ve heard previews on iTunes, the whole album on NPR, already have the two best songs for free from this or that promo, and only had to pay $3.99 for it. It decreases the value and significance of the music more than the sticker price. If you get a song stuck in your head, YouTube probably has it in one form or another. Instant gratification is leading to the death of anticipation and intrinsic value. Music doesn’t sound as good as it used to, because we don’t have to work for it any more. And the dizzying amount of music choices just dilutes music’s visceral effectiveness yet another measure.

Consumers may feel like the winner in the free music model, but at what expense? Where does consumer responsibility come in? Are consumers by demanding music be cheap or free shooting themselves in the foot by diminishing the music experience?

And all these concerns are aside from needing to raise capitol to create an album in the first place. Yes, home recording technology and sites like Kickstarter have made labels and large sums of capitol less necessary for album creation, but this doesn’t solve distribution, promotion, or quality issues.

From 2007 to now, the free music model has revealed itself as an unsustainable promotional practice whose effectiveness is dwindling by the hour. Like so many other practices of the dying music industry, it is trading a sustainable future for a short-term sugar high. For an individual artist or band, it still may be a legitimate promotional option . . . for now, though it soon may be a requirement. Sure, we’ve probably been heading towards the reality of all music being free for years, but for the music industry, corporate or independent, free music is not only a dilemma itself, it is exacerbating many of the other dilemmas facing the industry.