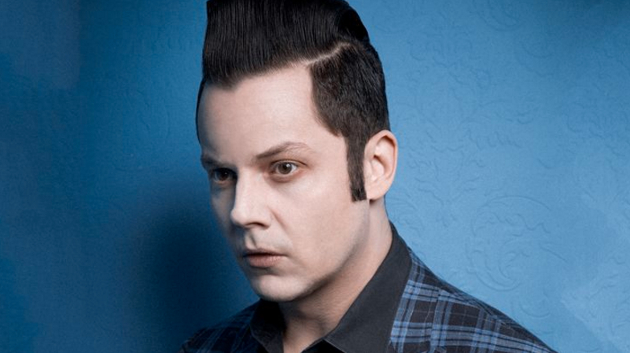 When Jack White assembled a few hundred patrons at his Third Man Records headquarters in Nashville on Saturday (7-30) to celebrate the seventh anniversary of his label and shoot a record player into space, they knew they would be making history. They just didn’t know the day’s festivities would result in the achievement of now one, but two “record” setting events.

This weekend a team of Third Man engineers took a record-playing space vehicle known affectionately as “The Icarus Craft,” loaded it up with a gold-plated 12-inch master disc of Carl Sagan’s “A Glorious Dawn,” and sent it aloft tethered on a high altitude space balloon capable of reaching the portion of the atmosphere referred to be NASA as “near space.” The Icarus Craft achieved an altitude of 94,413 feet before the balloon burst and the record player drifted gently back down to earth via parachute—the whole while the record spinning and playing inside the module on a continuous loop.

Meanwhile at Third Man’s “mission control,” a party was going on with beer, burgers, sno-cones, and the band The Soledad Brothers playing on stage. The entire mission took about an hour and 21 minutes according to The Tennessean, and when there was confirmation the record was still spinning during the descent, confetti was dropped from the ceiling and attendees immediately broke out into a dance party.

Along with achieving the first official instance of an audio record playing in space, according to Cornell University, Jack White’s Third Man mission was also officially the whitest thing that has ever occurred in mankind, just behind Martha Stewart going to a suburban pumpkin patch in a Prius, and Taylor Swift’s Instagram account.

“We define something as being ‘white’ through a complex algorithm that graphs the necessity the event has to mankind, and the unlikelihood that anyone of even the slightest non-white ethnicity would be in any way interested in it,” says Enrich Frankenfurter, spokesperson for Cornell’s Cultural Research and Sociology Division. “Involving both space and a record player really put a charge in this event to be considered at or near the top of the recorded events we’ve tracked since the endowment of our study in 2007.”

Yet Cornell researchers say Jack White’s extra-terrestrial pursuit didn’t put the event over the top in itself, even with the help of the quirky Third Man Records party at “mission control” in Nashville. It was the news that upon its descent, The Icarus Craft actually landed in a vineyard of all places.

“Basically if you were a hipster Millenial white guy, you probably experienced multiple orgasms upon that news,” says Enrich Frankenfurter. “The vineyard landing in itself was basically the white equivalent of driving out of your way to save 0.03¢ a gallon on gas, or insisting on white noise or a leg pillow to be able to fall asleep.”

Cornell researchers believe Jack White’s achievement will hold up for quite a while, but one event may rival it for first place in the future. “There’s been rumors of a episode of CMT’s crossroads pairing Cole Swindell together with James Taylor,” says Frankenfurter. “It that occurs, it may take the cake.”