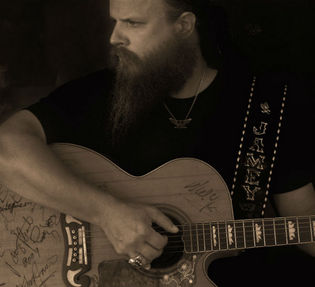 Fans of country music traditionalist Jamey Johnson are about to have their Christmas wishes of new music from the awarded and acclaimed songwriter answered. As first reported by Saving Country Music on November 18th, Jamey Johnson will be releasing The Christmas Song, a 5-song “genre-defying” Christmas album will arrive on store shelves December 9th. It includes Jamey’s take on four Christmas standards, collaborations with The Secret Sisters and Lily Meola, and an original Christmas tune penned by Johnson with Bill Anderson and Buddy Cannon called South Alabam Christmas the first original Jamey Johnson song released in over 4 years.

But that’s not where the goodies stop from the songwriter. Announced today, November 24th, Jamey Johnson is starting his own record label called Big Gassed Records. The first release from the new label will be the Christmas EP, but there will be much more music on the way.

“From now on, as soon as I can get it written and recorded, we will make it available,” says Johnson about the new label. “I am looking forward to getting new music out there. I know our fans have been asking about it and I’m going to do my part to see that we get it to them. I’m excited about the new label because it gives me freedom and control of my own releases and music. It lets me release my music to my fans when I’m ready. I will be able to put out a new song without it having to be on an album. I’m a songwriter. Sometimes I write songs that fit records, sometimes I write songs that fit other people’s records and sometimes I write songs that don’t fit anywhere.  I also like to produce I had a blast producing the Blind Boys of Alabama and we could release those projects on our label.”

Big Gassed Records is located at 30 Music Sq. W.—the same building that houses the historic Studio ‘A’ that was just saved by preservationist Aubrey Preston. Johnson has been a long-time tenant of the building.

February of 2013 is when Johnson first let on that a contract dispute was the reason for his lack of creative output, telling Rolling Stone, “Financially speaking, they treat me worse than they ever did the Dixie Chicks. I feel pretty used by the music industry, in that my contracts are written in such a way that I don’t get paid ”¦ I wish I could tell you that I am writing. I’m not. I wish I could tell you I’m gonna go home next week and record another album. It’s not likely to happen.” It then came out that Jamey’s issue was not with his label, Mercury Records, but with his publisher.

Now Jamey Johnson will have the freedom to release music how he chooses. And patient fans for the songwriter hope he chooses to release more new music soon. 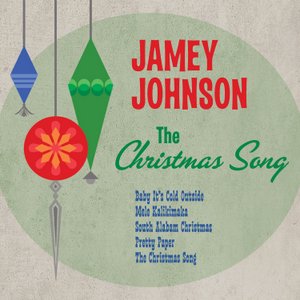 As for the Christmas EP,

“Seldom in Montgomery did we have a cold Christmas, much less thinking it was our lucky year that it would snow, so the song opens with, ‘Ain’t no snow gonna fall this Christmas,’” Jamey says of the “South Alabam Christmas” song. “And when I was a young kid, it would confuse me and my sister as to how Santa would make it into our trailer because we didn’t have a chimney or a fireplace, and the song deals with that too.”

As for the Hawaiian Christmas song “Mele Kalikimaka,” Jamey says, “It’s in that movie ‘Christmas Vacation,’ where Clark Griswold is looking out the window into his back yard and daydreaming about the pool he is planning on putting in his backyard. Bing Crosby did it with the Andrews Sisters and I did it with the Secret Sisters,” he says. “Our version is a take on Bing Crosby’s version. Our guys did a really good job of it and I’m proud of it. But it makes me laugh every time I hear it because I think of Cousin Eddie bouncing around on that high dive.”