JJ Cale – The Man That Made Country Music Groove 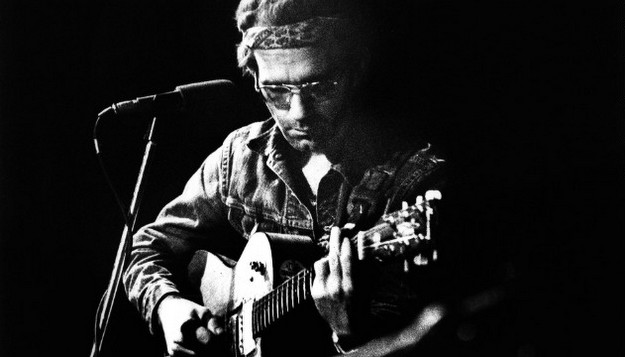 I’ve been saying for years that the greatest untapped sound in country music is groove. There’s a country funk hybrid sound out there somewhere just waiting to be gobbled up by hungry ears eager for that infectious approach.

The past has seen a few dalliances with a funky style of country from a select group of artists, most notably from the Outlaw side of country, including songwriter Larry Jon Wilson who leads off the Outlaw country documentary Heartworn Highways with one such number. Tompall Glaser also tried his hand with a groove-based form of country in 1977 on the album Tompall Glaser & His Outlaw Band. Jerry Reed was also known for bringing a groove to country.

But the first established country artist to really do country funk right was Waylon Jennings in 1974 with the song “Louisiana Women” from his breakout album This Time. Most country songs are based on licks or the waltz beat, but “Louisiana Women” was based on the groove, set by one of Waylon’s signature elements: the two note bass line. It was funky, dirty, sweaty, and swampy, but still undeniably country.

“Louisiana Women” was written by a songwriter from Oklahoma named JJ Cale. Cale was known at first as Johnny Cale, and is known mostly to the world for writing Eric Clapton’s big hits “Cocaine,” “After Midnight,” and helping to create Clapton’s “slowhand” style. But JJ Cale was just as much an influence on the country world as he was rock, bringing a groove style from the other side of the tracks to give country some funky spice.

Beyond Waylon’s “Louisiana Women,” JJ Cale wrote “Call Me The Breeze” and “I Got The Same Old Blues” by Lynyrd Skynyrd. JJ’s song “If You’re Ever In Oklahoma” has been recorded by Cody Canada, and was turned into a bluegrass song by bands like The Hutchinson Brothers and the Yonder Mountain String Band. Many Oklahoma-born and Oklahoma-based artists and bands have JJ Cale’s songwriting and stylistic influences all over their songs, and see him as a father and grandfather of Oklahoma and Red Dirt music.

For someone who wanted to discover JJ Cale’s greatness, a good place to start would be his 1976 album Troubadour. It’s the LP that has possibly his most famous song—the drug/anti-drug anthem “Cocaine”—but it is also the album where Cale really delves into the dirty blues/funk country concept the best, laying down some muddy grooves that cross all borders of taste and genre to simply infect human nerves on the most basic level, making you want to move.

Songs like “Traveling Light,” “Ride Me High,” “Gypsy Man,” and “Let Me Do It To You” are some of the best groove songs you can find in music, while a song like “The Woman That Got Away” remind you that JJ Cale was a top-shelf songwriter, asserting huge influence on his peers.