When Guy Clark Releases An Album, You Stop, And Listen

Like a great sage that only speaks his wisdom once every few years, when Guy Clark releases an album, you stop down, and you listen.

Like the tone of Willie Nelson’s guitar or Johnny Cash’s voice, a Guy Clark song has become an ineffaceable institution of American music. Even if you’re only familiar with his songs though the performances of others, or songs he’s influenced by others, Guy Clark’s handiwork is embedded in the very ethos of what we know as songwriting in American music, even if that influence is imperceptible to the average listener. If you need any more evidence of the influence of Guy Clark, just appreciate he’s the only one that has the legitimate ability to claim himself the honorary fifth Highwayman, and that he was a primary influence on one of his best friends, Townes Van Zandt. 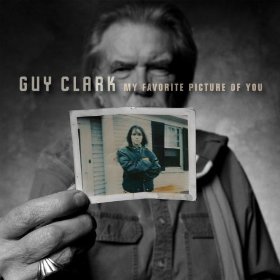 Guy Clark paid off his penances to the world through his song contributions many years ago. But like a wily old tinkerer who can’t stop tooling on those cars out in the yard, and finding new motivation to express himself from the recent passing of his wife and fellow songwriter Susanna, Guy Clark has released a very personal album called My Favorite Picture Of You, filled with reflection and forlornness, without forsaking the stories of rough characters and other country interludes that make a Guy Clark album very personal to his devout listeners.

A Guy Clark album, and a Guy Clark song doesn’t need much. Once he’s written the words down and sketched the shape with an acoustic guitar (that Guy Clark the luthier likely built himself), his job is pretty much done. Maybe bring in a few instrumental accompaniments and some harmony contributions from the bevy of famous female voices always willing to lend a harmony line to one of Clark’s empirical offerings, and you’re done. Don’t bother with drums or any of that nonsense, Guy Clark’s words and acoustic tones are clothing enough. This lends to his compositions doing what they do best: going out into the world, influencing other songs and songwriters, melding to the personal narratives of his listeners, and being graced with enough ambiguity where other performers can take Guy’s spark of inspiration and make the songs their own.

When you boil it all down, Guy Clark’s greatest gift is his ability to use words to describe feelings and memories that most humans are confounded in being able to express. Take the dichotomy of the hero for example, how they seem to lift us up as much as they disappoint us. “Heroes” from this latest album is not just another troop tribute, it is a testament to how the frailty of the human condition grips even the best among us. “The High Price of Inspiration” deals with another dichotomy; how many times we must suffer to find our muse. “Hell Bent On A Heartache” is one of those songs begging to be picked up and recorded by someone else with a full band, while a song like “Conrmeal Waltz” is just plain fun.

If you’re looking to get your face melted off, then you’ve come to the wrong place. But when you’re looking for world class songwriting, you can never go wrong with Guy Clark.

Purchase My Favorite Picture of You from Guy Clark