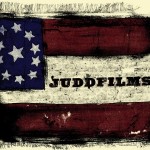 A reason I have become such a big supporter of Judd Films over the years is because they help chronicle the rabid creativity that exists in the greater roots movement, and they do so in such a creative manner. The buzz going into 2011’s Muddy Roots Festival is that this is going to be “the one” event that marks a major shift in the interest, support, and unity in underground roots. It is only appropriate then that Judd Films will be there to document it.

“I’m excited to work on this project.  Jason and I discussed doing a project last year but the time crutch was too tight.  To this point, we are not 100% sure the details of what the project will be or its focus but there will be an official film. I’ve been fortunate enough to work with a lot of the bands on the lineup and look forward to being a part of such a great event. Once we wrap on the Charlie Louvin film, we will turn our focus to Muddy Roots and potentially launch a Kickstarter project with some great incentives for fans of the festival who would want to contribute and help see this come to life.”

One of the performers Judd Films will be there to capture will be 90-year-old Country Music Hall of Famer Don Maddox, the last surviving member of the legendary Maddox Brothers, who was just added to the lineup.

Upon Charlie Louvin’s passing last week, Judd Films reiterated their zeal and dedication for the project documenting his last show at Foobar Too in Nashville on Dec. 3rd, 2010.

His passing encourages us as a production group to work that much harder to put something together to honor Charlie’s life and musical career. It is an personal honor to be working on something that will leave a timeless impression on the importance of great man that we lost today. . .We want to share our deepest sympathy with the Louvin Family. Our time spent with Charlie, while short, has left a lasting impact on each of us. He had a profound warmth and energy that everyone felt in the room. We hope to preserve his legacy and honor him as the remarkable human being he is.  .  .

We’re very close to wrapping filming and moving into post production. Last week we traveled to Nashville and interviewed George Jones, Marty Stuart, and John McCrea about their friend, peer, and influence. Moving forward we are launching a website www.louvinfilm.com In the next month you will be able to pre-order the DVD, donate directly to Charlie’s family and learn about the status of the project. We will be producing a limited run of 1000 DVDs and all proceeds go to Mrs. Charlie Louvin.