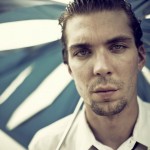 In a few recent interviews, Justin Townes Earle has let slide some tidbits about big plans for the upcoming year. It was announced yesterday that he would be playing The Nelsonville Music Festival in the middle of May, and Bonnaroo in June, but sometime afterward he will be heading to the old continent to make some new music inspired by Memphis.

I’ve got some really good friends over there who are also great musicians. I’ve got enough players to put together a band over there. For the past two years I’ve consciously ignored the European market to put focus on the American market, and on Australia. Everything’s gone the right way with all that, so I’m going to take a year to live in Europe and concentrate on that market.

I think I’m going to make a Memphis record. I’m going to approach different forms of music that have come out of Memphis over the years, based around everything from Sun to Stax. I think it will be fun. I’m of the opinion rock ‘n’ roll and soul music are virtually the same thing, just with a difference in the beat. They’re the same chords. The songs are about the same things. One of things I like doing is finding those connections and running them all together. I’ll fly my engineer and my people over and just do it in London, just to stir the pot a little bit.

Earle was arrested in Indianapolis in September, and shortly thereafter entered rehab. In a story from the Wall Street Journal highlighting that post-rehab albums can sometimes include an artist’s best work, Earle opened for the first time about the intervention, and the realization about the almost inevitability of relapse.

“I woke up with my girlfriend, my lawyer, my booking agent and some guy I’ve never seen before sitting around my bed getting ready to take me off to treatment.”

He says he is sober, but maybe not for good. “I’m never going to say it’s not going to happen again. I’m smart enough to know that.”

Earle used that theme as inspiration of the first song he wrote post-rehab, and what will be the first song from the new album. Misfit Radio captured it on 2/9 at The Magic Stick in Detroit, and it captured the magic hush that can happen when an artist pours his heart out with brutal honesty.