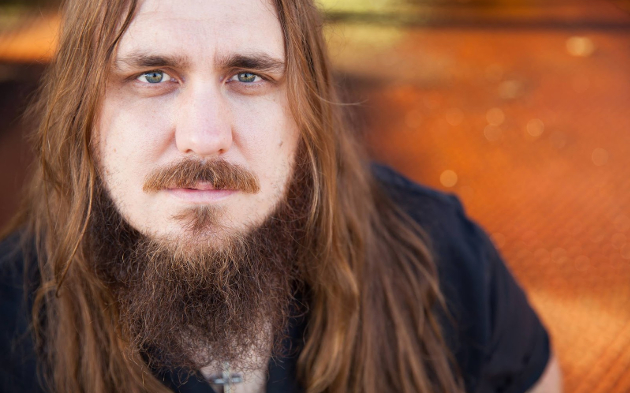 Justin Wells first made his name in music as the frontman of the Southern rock/country band Fifth on the Floor. At one point considered one of the most promising new torch bearers of the Southern rock traditions, like so many outfits, especially in the Hank3/Shooter Jennings underground scene, the band was never able to find that next level of true sustainability like many of the Southern rock bands budding out of the Texas scene and other places. They were starring at a future of touring the country in a smelly van and playing to half empty barrooms ’till kingdom come, and soon band members started falling off. Instead of carrying on under the same name but with the original nucleus of the band lost, Justin Wells decided to dissolve the band and step off the road.

But you knew Justin would not be gone for long, and the disillusion of Fifth on the Floor and all the lessons of his experiences constitute the inspiration for his solo release, Dawn in the Distance. One of the reasons Fifth on the Floor did not resonate to a wider audience was they were not the right band for the right time. Timing is so imperative to launching a band or artist, or to crushing their dreams for what might seem as unjust circumstances. Though Justin had contributed some decent songs through Fifth on the Floor and they put on one hell of a live show, the sound on their Black Country Rock/eOne Music release Ashes & Angels relied too much on heavy riffs, power chords, and production, in an era when everything was moving towards less guitar, and more emphasis on songwriting.

Justin’s writing always had the hallmarks of good songs, but they felt more like the interpretations from his heroes and opposed to truly original sentiments. In country music and Southern rock, the past legends of the genre loom so large in the minds of acolytes, it’s not strange to see new artists mimic the style, attitude, and even mannerisms and dress of the artists who came before them through both homage and influence. But there’s not always enough of something original to make it resonant in our time, or ultimately sustainable. And when Justin Wells did have a good lyric or a poignant moment in the Fifth on the Floor era, it was many times drowned out by the band or the production behind it. 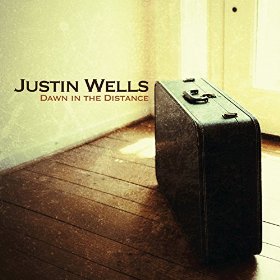 Dawn in the Distance is Justin Wells getting it just about right. With stunning insight and honesty, Wells speaks upon the disillusion of dreams, the realization of new ones, the reality of the pitfalls of the rock and roll fantasy, and does so with cutting clarity and poetic facility. In a world where we’re all taught from young children to dream big, while reality remains inequitable and uncaring, we’re most all the products of broken dreams. Yet the ones who survive and stand tall after reality tries to break their backs are the ones who decide to grow through the experience and replace fantasy with the love of simple goals and daily purpose as opposed to drowning sorrow in dependency and self-loathing. This is what the songs of Dawn in the Distance speak to.

“The Dogs”—which may rival all others for one of the best of 2016—speaks to those souls whose lot in life always seems to be one step behind and once removed from the riches of fully-realized dreams. So does the opening track “Goin’ Down Grinnin’.” Though ultimately Dawn in the Distance presents a story of hope and contentment, it doesn’t spare any anger or sad stories on the way to the moral. Instead it revels in them. And even though you feel very aware that Wells is singing about his own lost era trying to push a stone up a hill in an ultimately failed enterprise, the explanations are universal enough to be relevant to all of our heartaches.

All this is fine and great, but if the music itself is not representative and complimentary of the lyrical sentiments, the story can get lost in the shuffle just like Fifth on the Floor did. Just as much as the writing, Dawn in the Distance finds the right note in the production and arrangement to make the story come alive, including the use of backup singers and ambient pulsations at the appropriate times.

Justin Wells possesses a singular voice with a natural growl. Not always used appropriately in the past, it sounds warm and familiar here, even if it’s your first time hearing him. It’s a classic Southern rock voice, but still signature. Only on the cover of Mark Knopfler’s “So Far Away” does Justin get away a little from himself, resorting to shouting to try and make the song his own, when his regular singing voice would do just fine. And though Dawn in the Distance has a few stellar offerings in the track list, including the aforementioned “The Dogs,” as well as “Still No Rain” and “The Highway Less Taken,” the second half of the album struggles to keep your attention until the final song, and the ultimate conclusion of the narrative,”Little Darlins.”

Music is a young man’s sport, and if you’re not able to get it to stick in your twenties, the odds begin to stack against you. The “Get In The Van” attitude may have worked for Henry Rollins, but it is no longer 1985. And the songs about whiskey and cocaine may have been cool in 2005, but now they sound cliche. Either you grow as a person, and grow with the times, or you risk being left behind. Without an ounce of regret, Justin Wells looks back at his time in Fifth on the Floor with bitter fondness and an splash of pride. But he’ll be damned if he continues to live in the past as life goes flashing by him in a windshield. Instead, he will write his own future.

Fifth on the Floor, Just Wells