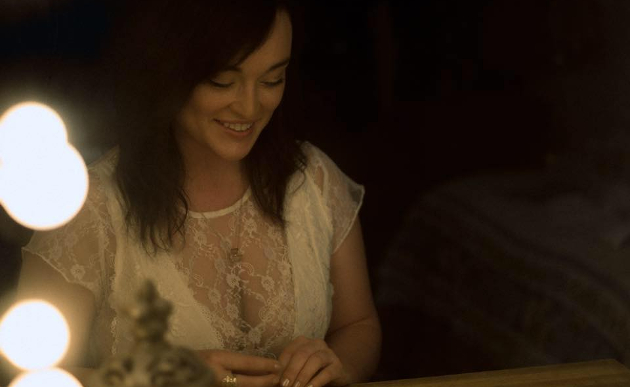 **Editor’s Note: This interview was conducted by Ken Morton Jr. He is a distinguished country music writer, and the Owner/Editor of That Nashville Sound. Ken is also the organizer of the Golf & Guitars charity event that occurs May 21st and 22nd in 2018.

Kayla Ray has deep Texas roots and comes by her classic country music sensibilities honestly. Growing up in the Waco, Texas area, she had countless opportunities to perform with 2018 Country Music Hall of Fame inductee and master fiddler, Johnny Gimble. And with the help of Tommy Allsup, at 19 she toured on two Christmas Ball circuits with The Texas Playboys. More recently, she managed Jason Eady’s band before leaning on her boss to produce her very first album in 2014, Love and Liquor. Since then, she’s toured extensively, shared the stage with, and drawn life lessons and storytelling skills from some of country music’s brightest women including Erin Enderlin, Courtney Patton, Jamie Lin Wilson and more.

On Friday (5-4) she releases her sophomore album entitled Yesterday and Me. Jason Eady is back as co-producer with Pat Manske, and as you would expect, the production is authentically country at every turn—with fiddle, steel guitar and dobro throughout. The songs have grit and substance, meaning that you can add Kayla’s name to a growing and burgeoning list of fantastic Texas roots artists that are putting a modern spin on classic country themes. Johnny’s son, Dick Gimble, is playing bass, and one of the tracks is a previously-unreleased Keith Whitley song. This is music with substance.

Kayla was kind enough to spare a little time before heading out on tour with Erin Enderlin to talk about her new project.

For someone that hasn’t heard Kayla Ray music, from the artist perspective, maybe give us some background on what to expect when you turn on that first song.

Well, I hope that honesty is the main thing that you hear. I grew up around the roots of country music. So, I try to keep it fairy traditional, but I just try to leave it with as much openness and vulnerability as possible. I think that humans, and to some capacity a lot of music is losing that element. So I just try to be as truthful as possible.

It seems appropriate that you’re located down in the heart of Texas where some of the last vestiges of that music seems to exist right now.

Yeah. I mean, I feel like—I hope that there’s an uprising of it happening. Every single day I see the Americana scene growing and that’s really exciting. I think that everybody is kind of hungry for that, for truth and for the fellowship of being able to relate to things you hear on the radio. I am very thankful to be right in the heart of some very good music right here.

You talked about influences. What are some historic influences for you? And then I know you’ve surrounded yourself with some highly regarded songwriters themselves in the modern era too.

My ultimate favorite will always be Merle Haggard. I think he had it all. He could play. He wrote. And he was just as transparent as you can possibly be. And of course, he was an incredible vocalist, but he always honored his craft. And it seemed like he always grew to have a huge career. So, I certainly love his stuff and any of the classics. I love Tammy Wynette and the way you can just listen and feel every single syllable that comes out of her mouth. And as far as new stuff, I’m really fortunate that I’ve got a lot of buddies that have really great songs. So of course like (Jason) Eady, and Courtney (Patton), and Jamie Lin Wilson, and Erin Enderlin. I just was talking about the Midnight River Choir and folks singing the revival down here. I mean, there’s just a ton of them. Drew Kennedy—I love Drew’s stuff. And he’s been really kind. I actually met Brennen Leigh and Noel McKay at the Golf and Guitars Music Festival last year and I just think they’re fantastic. So, it is about being in a team where it seems like just everybody is so good. There’s never a day that I look around and go “Okay. I’m satisfied.” I’m always learning and seeing something here and something new I want to achieve. So, it’s pretty fun.

The brand new project is called Yesterday and Me. Let’s start with the name and is there some themes kind of going around that and why you chose that particular title?

It wasn’t really so much on purpose. I think it was just a chapter of my life that I went through over the course of writing this record, but a lot of it is just about triumph. I’ve had not the most traditional upbringing. I think that a lot of people in my upbringing choose to just continue to burn yourself over, and over, and not make great decisions. It just seemed like this endless cycle of toxicity that I was caught up in and continued to perpetuate itself. And so triumph I think would be the theme of the album, and learning everything you can from yesterday, but leaving it right there. That’s kind of my hope for the record.

So, music was easier and cheaper and more therapeutic than a lifetime of therapy is what you’re saying?

(Laughter) I guess. Pretty much.

There are two tunes that I didn’t write. One was written by a friend of mine named Jon Dews, the first tune “Rockport.” That’s actually the first song he ever wrote, but I had just loved it. And I felt like it fit really well with his record. And then the other is an unreleased Keith Whitley tune that Erin Enderlin actually gave me the demo for. It’s called “Once a Week Cheaters.” And again, I just felt like it fit and I’m such a huge Keith Whitley nut that I just thought that would be a cool way for me to hopefully help pass the torch.

What a cool way to keep his memory alive.

Yeah, I hope so. My friend, Colton Hawkins, we actually recorded it as a duet and he’s from Aquila, Texas, which is just outside of Waco. He’s phenomenal. He’s like the best songwriter you never heard. This is actually his first recording project and he killed it.

Give us a little background on the album art in the cover. 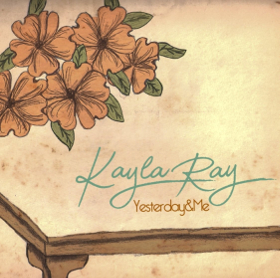 It’s an amazing thing. The last tune on the record is about my grandparents. My grandmother, Myrna Raborn, passed away three days before my first record came out. She and I were inseparable, and so that was a really big deal. She was a huge advocate for me making country music for as long as I can remember. And so just a few months ago, I was digging through my grandparent’s hope chest with a cousin of mine. We were looking through pictures and just reminiscing when I found this charcoal sketch. It was in my grandmother’s senior scrapbook. She sketched it in 1954 in her senior art class and it was just a pencil drawing of flowers laying on a table. And so I scanned it and sent it to Bob Driver. He’s the bass player for Midnight River Choir. He added color to it and text and then he built the whole rest of the artwork all around. So, that’s really pretty cool for me to have something that I’ve created, but also have something that she created readily in my hand. I find a lot of peace in it. And Bob put so much time and thought into it. I really couldn’t be more thankful for that.

That’s such an analogy to country music as a whole, with the Keith Whitley thing and country music in general. It’s all about the influences in your life and trying to carry forward. Now, you’re even doing that with the art in making that a part of the story as well.

I really enjoy it. And there’s also a bit of personal history on the song, “Red River Valley’s Run Dry.” There’s a lady named Tifni Simons. She works at Papa Joe’s here in Lorena, TX. And on the first record, we recorded a song that’s about that place. I had her come down and sing on the third verse of it. This whole record was just like gathering my buddies and some of the musicians that I admire very much. So even if it does nothing, I’ve got this intangible piece of all of it and I’m really thankful for that.

You talked earlier too about Jason Eady being an influence. I know he had a big part in this project as well.

He co-produced. He came in and he helped us build the initial arrangements and the instrumentation and all the rhythm tracks. Because his last record did so well, they were pretty busy touring. So, Pat Manske, the guys, and I kind of finished all the overdubs and adding on the extra layers and stuff. So, Jason was a huge part of building all the foundations of all these tunes. And he’s so great because we are not afraid to be honest with one another even if we don’t like something, which is really what you need as a producer I’m learning. Yeah, it was great to have him around for that.

And now you’re headed out on tour this spring as well with a special friend of yours.

Yeah. Erin Enderlin and I. She’s going to go out with us on the CD release tour. That’s going to be awesome. I met her 3 years ago now in a round in Luckenbach and it was actually with Courtney Patton and Jamie Lin Wilson. We’ve been buddies ever since. I think that country music ties folks together even if you don’t know each other. We tour together a few times a year just mostly because we love it. It’s just too much fun not to do. We’re sharing a band for the first half and then the guys are going to go home. We’re going to wrap up with an acoustic run. I’m certain it will be a good time.

I’m going to wrap up with a question I leave with every time and it’s meant open-ended. What is country music to Kayla Ray?

Oh man. What is country music to Kayla Ray? Serenity as weird as that sounds. Like even if a song is just heartbreaking or if it’s blazing fast and something that’s rowdy, it’s just the one place that I feel centered. Whether I’m listening, or creating, or writing, for whatever, it’s balance for me. And I really don’t know what my life would be without it.

Purchase Yesterday and Me from Kayla Ray