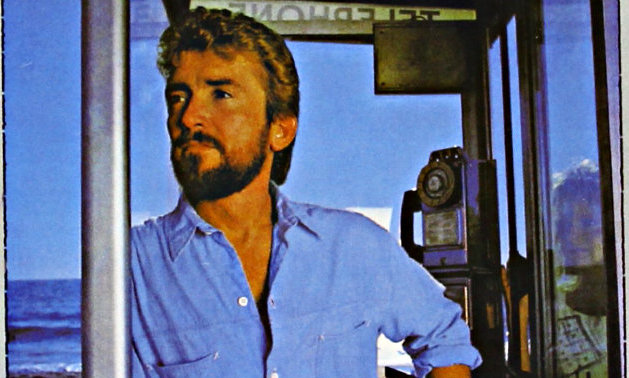 Keith Whitley was inducted with Jerry Lee Lewis in the Veteran’s Era category, and RCA Records Executive Joe Galante in the non-performer category. Whitley’s widow Lorrie Morgan was on site to accept the honor on his behalf.

“I heard Keith Whitley sing for the first time in 1982. I was on my way to the Grand Ole Opry. From that day on we were together … Keith never knew how good he was,” Lorrie Morgan said. “He never accepted that he could have a great record deal … He would be absolutely blown away if he were here. He would be saying that surely they got it wrong. That’s how humble he was.”

Keith Whitley started in country music as a member of Ralph Stanley’s bluegrass band, and later join J.D. Crowe and his band The New South. The Kentucky-based bluegrass band released three successful albums during Whitley’s tenure before he moved to Nashville in 1983, and signed a record deal with RCA. Keith Whitley’s first major record was a 1984 EP called A Hard Act To Follow, and it didn’t fare too well. Released right before the neotraditional movement that would sweep country music in earnest on the backs of guys like Randy Travis and George Strait, A Hard Act To Follow was deemed to be too country. “Too country?” Whitley remarked at the time, “What business am I in?”

But the 1985 album L.A. to Miami, which took a bit more of a pragmatic approach put Keith Whitley on the map with songs like “Miami, My Amy,” “Ten Feet Away,” and “Hard Livin’.” The soaring voice of Keith Whitley spoke to many. Then Keith’s 1988 record Don’t Close Your Eyes set him on the path to downright superstardom, landing him his first #1 hit with the title track, which would set off a succession of five straight #1 songs from Whitley, including signature songs “When You Say Nothing At All” and “I’m No Stranger to the Rain.”

However on May 9th, 1989, Keith Whitley died of what was ruled as alcohol poisoning, and he ever got to reap the rewards of the career he’d worked to build. He was just 34-years-old. The short nature of Whitley’s career has resulted in some arguing that his legacy was not Hall of Fame worthy. But it isn’t the amount of hits or the longevity of Whitley’s career that has now put him in the Hall. It was the influence he left on country music that was ultimately deemed to be Hall of Fame caliber.

Many give credit to Keith Whitley for helping to set the table for country music’s landmark “Class of ’89” that would take country music to a peak in popularity. Garth Brooks specifically named Whitley as someone he believed should have been inducted before him when Brooks received the distinction in 2012. “Look, I don’t think I deserve this at this time, you know,” Garth said. “My generation’s shot at Haggard and Jones was Keith Whitley. Keith needs to be in here.”

And now he is.

Whitley’s work with Ralph Stanley and The New South also can’t be overlooked when regarding his Hall of Fame career.

To get into the Country Music Hall of Fame, you also need a good, dedicated push and a promotional campaign that can get the attention of the right people on the committee. That is what fans of Keith Whitley had put together over the last few years. A group named “Induct Keith Whitley into The Country Music Hall of Fame” has started a campaign to try and get the Kentucky-born singer and songwriter. It set up an online petition and is asking Keith Whitley fans to add their voices and signatures in support of the effort. Whitley widow and fellow performer Lorrie Morgan has also been a steadfast supporter of preserving Keith Whitley’s legacy, as has his son Jesse Keith Whitley.

Now all of that hard work has paid off. Keith Whitley will be officially inducted into the Country Music Hall of Fame in a Medallion Ceremony to be held later this year.