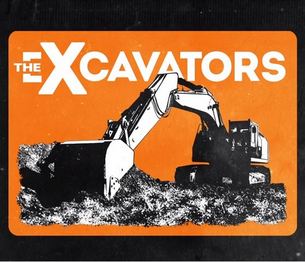 The Rusty Knuckles record label has just announced they will be releasing a new album from Leroy Virgil of Hellbound Glory called The Excavators on Black Friday, November 27th. It features just Leroy Virgil, and the much-beloved lap steel player Rico Peterson in a stripped down setting playing some songs never heard in the recorded context before, and a few released previously in different forms.

The Excavators was recorded in a house in Hellbound’s hometown of Reno, NV in just a few hours, and the sound is purposely lo-fi. “The Excavators” was a nickname Leroy gave one version of Hellbound Glory when he was touring with Rico and a stripped-down version of the band. In an interview with Saving Country Music in May of 2014, Leroy explain the different sub-names of Hellbound Glory.

“As I’ve changed lineups, I’ve always called the band something different,” said Leroy, who for a while was touring as Leon Virgil Bowers after killing off Hellbound Glory (and then bringing it back). “For a while we were the Excavators, for a while I was calling it the Damaged Good Ol’ Boys, for a while to was the Damn Seagulls, so it’s always kind of changing up for me. I could see a day when it is called Leroy & Hellbound Glory, or whatever. I have no shortage of good band names. I want people to connect with the songs rather than the band name.”

The Excavators captures an era in Hellbound Glory history that was a fan favorite. The album can be pre-ordered through Rusty Knuckles.

Meanwhile Rico has been working on his own side project and writing original songs. You can listen to demos of “Shit These Days” and “Where Ya Been.”