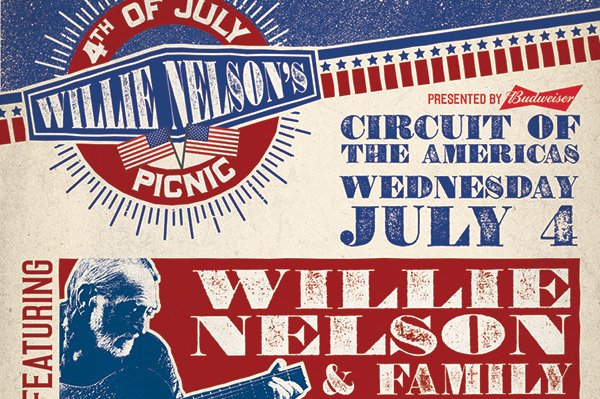 A traditional like few others will transpire once again this summer when Willie Nelson celebrates the 4th of July by gathering together friends and family for his annual 4th of July Picnic. For the fourth year in a row, the event will be held at the Circuit of the Americas speedway just south of Austin, TX, and will include many long-standing invitees and Nelson family members in the lineup, as well as other special guests.

This year Willie Nelson caps off the event with the always-elusive Sturgill Simpson returning to help headline. Last time Sturgill rolled through Austin, he played the Austin 360 Amphitheater alone. Another returning performer from years past is Margo Price, who regularly shows up on the bills for Willie Nelson events. Ryan Bingham has also played multiple Picnics, and will be returning in 2018 as well. The Head and the Heart, Jamestown Revival, The Wild Feathers, Edie Brickell and the New Bohemians, and Lukas Nelson and the Promise of the Real also make the list.

Also returning are many of the names from Willie Nelson’s past that play the picnic every year, including Asleep at the Wheel, Ray Wylie Hubbard, David Allan Coe, Johnny Bush, Billy Joe Shaver, Asleep at the Wheel, Folk Uke, the Raelyn Nelson Band, Particle Kid, and more.

Tickets will go on sale Friday, March 9th at 10 AM via TicketBastard. 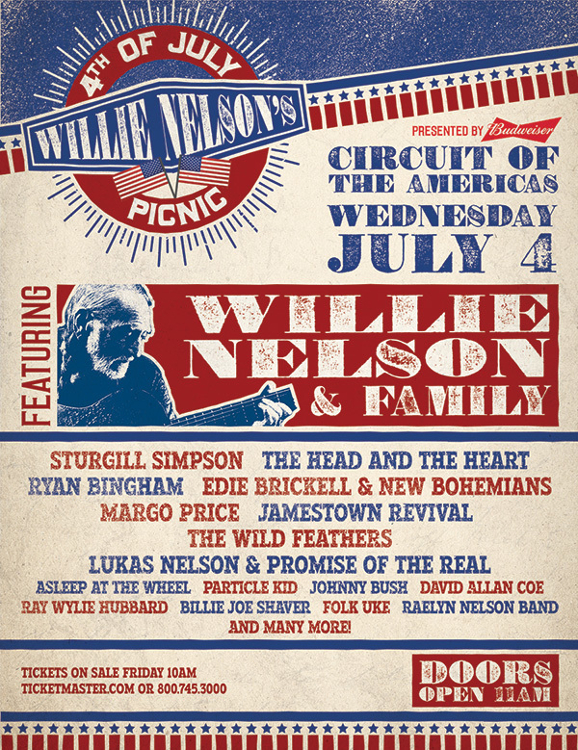