For those who’ve been to a Turnpike Troubadours show over the last year or two, or were somehow otherwise tuned into the throwback country soul of Charley Crockett through his first few self-released records, they need not be assuaged to the idea that he could be the next big thing in roots music.

A direct descendant of American pioneer and Texas hero Davey Crockett, and of varied Jewish/White/Creole descent, Charley was instilled with the indelible mark of roots music when growing up in impoverished conditions in San Benito, Texas—also known as the hometown of Freddy Fender. Charley also spent his early years in Dallas with his single mother who was a blues singer, and an uncle who introduced him to the sounds of the French Quarter in New Orleans until he knew nothing different than banishing your heartbreak through song and story.

In the years leading up to releasing his first album in 2015, Crockett spent time busking in New Orleans, New York City, traveled to the West Coast and even went to Europe and North Africa—the whole time perfecting his performance on the streets for spare change, and discovering a sound inferred by his rich roots background. 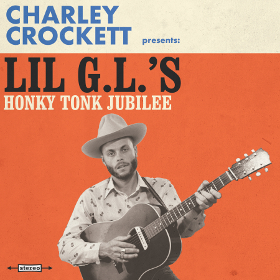 Charley Crockett recently signed to Thirty Tigers, and somewhere in the offing you can expect a new, national debut album full of original songs from Crockett’s repertoire. But in the interim, Charley has decided to take a take a step back from his own music to pay some dues and respects, and pay the songs of his country music heroes forward to a new generation in a record called Charley Crockett presents Lil G.L’s Honky Tonk Jubilee.

A collection of songs from Hank Williams, Ernest Tubb, Loretta Lynn, Tanya Tucker, Roy Acuff, Webb Pierce, and others, the 16 tracks of the album find Charley Crockett interpreting timeless compositions with such love, you would have thought they were his own. Not just your average traditional covers album, the Honky Tonk Jubilee is Charley building a country music foundation, and proving his studious discipline and appreciation for the past greats before he ventures to contribute his own compositions to the American songbook in earnest.

“I’ve lived these songs, I wanted to walk alongside and pay my respects to the artists and songwriters who went through so much to give us this music we still know and love today,” says Charley.  “I love this music. It’s the blues and it feels good to sing. A lot of folks are imitating this sound and for good reason. It’s the American struggle. It has the kind of soul that’s hard to find nowadays and all I know is you gotta get a lot of mud on you before you can make folks believe you when you sing these songs. You just can’t fake it.”

Though the songs might be familiar, it’s Charlie Crockett’s signature voice that makes the compositions come alive anew. Heretofore, Charley Crockett has been thought of just as much as a blues singer as a country one, but in Honky Tonk Jubilee he draws lines between America’s roots cousins and proves they’re not as different as some would like to think. And even though you’ll hear the New Orleans influence in his voice, and especially in the album’s first track, “Night Train to Memphis,” Honky Tonk Jubilee is doggedly traditional country.

Honky Tonk Jubilee was recorded in Austin, TX, and was co-produced by Crockett with Billy Horton. It will be released via Thirty Tigers on September 8th, but Saving Country Music readers can listen to the record a week early below. 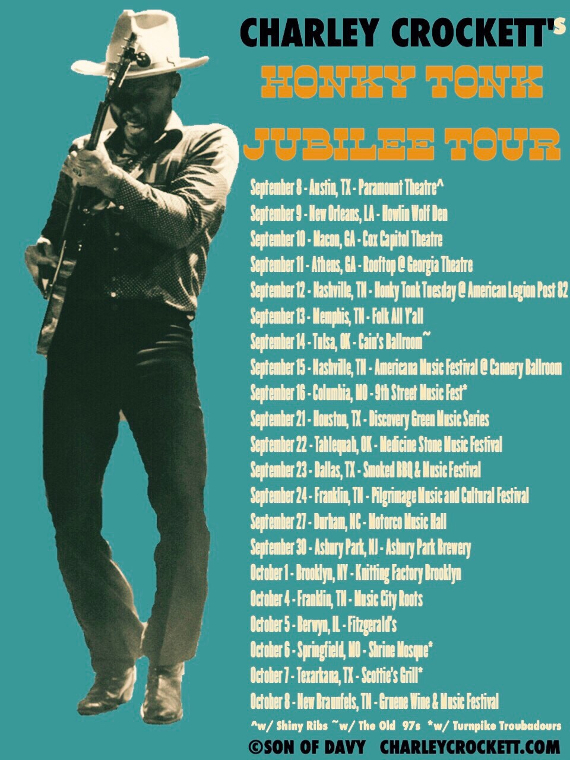