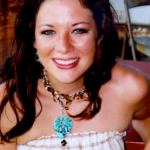 When reviews and videos surfaced from Bob Wayne’s recent tour with Th’ Legendary Shack Shakers, the big buzz was about Bob’s new fiddle player named Liz Sloan. Not that Bob hasn’t had great musicians in his band before, quite the contrary, and not that a woman should be considered out of place in Bob’s band, but still Liz’s presence was wildly intriguing because one knew there must be a good story behind it. After talking to her Saturday night (10-30) before a show at Austin’s Hole in the Wall, and seeing her perform live, I can say that the breadth of her skills and the depth of her story did not disappoint.

Liz Sloan was a classical violin prodigy, starting the violin at the age of 3. At age 8 her family moved to Dallas, TX so Liz could have better training, and became an understudy of Dallas Symphony Orchestra Concertmaster Emanuel Borok. Liz won numerous awards for her violin playing, and eventually a scholarship to Texas Christian University in Ft. Worth. Later she would transfer to The University of North Texas, which is known as one of the best public music schools in the country.

Liz was aggressively pushed by a religious mother to excel in the classical arena, but inside Liz was troubled by a different calling. She says she got “burned out” on music by the age of 13, and after a bad car wreck where her vehicle rolled four times, she walked away from music completely for two years. A boyfriend who introduced her to Th’ Legendary Shack Shakers is what got Liz interested in music that led to Bob Wayne. “His song ’27 Years’ really spoke to me,” Liz says, and she sent Bob an email, showing interest in playing in the Outlaw Carnies.

Right before going on tour with Bob, Liz was playing with a pop country band from Nashville.

I emailed (Bob) out of desperation. I said “Please rescue me because I can’t handle this music.” I felt like I was selling my soul, like I had gotten a big paycheck to play something that I wasn’t in to. . . I knew that being with Bob and being around Bob and the musicians he’s around that I would grow tremendously as a musician. And I wasn’t doing that before. Everyone has their own thing, it just wasn’t mine. I was kind of up there for a marketing scheme, to make this band seem more country.

Out of respect, Liz doesn’t want to name names of which pop country outfit she worked for, and I take her loyalty as a sign of character, but her story is a very poignant example of how Nashville pop country acts stifle creativity and are driven by image.

Liz and I also talked about her upbringing, musical influences, about other important fiddle players, and her plans for the future. Find the rest of the interview below, and look for my review of the Bob Wayne show and an interview with Bob coming soon. 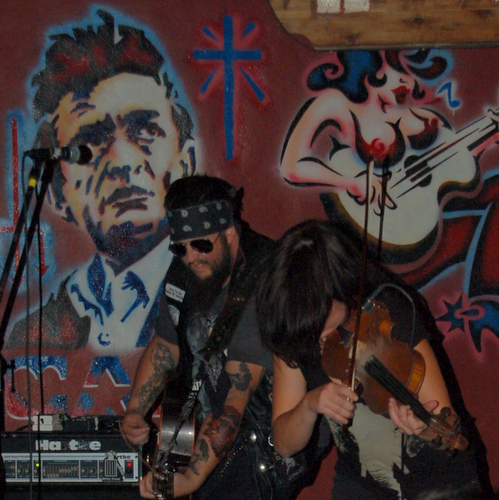