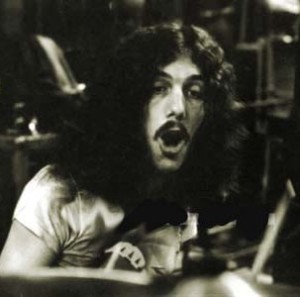 Bob Burns, the original drummer and founding member of Lynyrd Skynyrd, passed away after a car crash late Friday night (4-3) in Bartow County, Georgia. Burns slipped off the road on a tight turn and hit a mailbox and a tree just before midnight. He died on the scene. Georgia State Patrol authorities say Burns was not wearing his seat belt at the time of the accident.

Bob Burns helped form Lynyrd Skynyrd with Gary Rossington and Larry Junstrom in Jacksonville, Florida in 1964 when he was just 14-years-old. He would appear on many early recordings, as well as the band’s two first major releases, (Pronounced ‘LÄ•h-‘nÃ©rd ‘Skin-‘nÃ©rd) and Second Helping, making Burns the drummer on some of the most iconic songs in Southern rock history, including “Free Bird,” “Sweet Home Alabama,” and “Simple Man.” Burns officially left the group in 1974 citing the rigors of road life, and he often took time off from the band during his tenure as drummer. Burns was replaced by Artemis Pyle who became a well-recognized member of the iconic Southern rock outfit.

The death of Bob Burns by accident continues the tragic narrative of Lynyrd Skynyrd. On October 20th, 1977, just a few days before releasing the album Street Survivors, the private plane carrying the band ran out of fuel and crashed, killing Ronnie Van Zant, Steve Gaines, Cassie Gaines, and assistant road manager Dean Kilpatrick. The other members of the band, including Artemis Pyle and Gary Rossington were seriously injured.

“Well, today I’m at a loss for words, but I just remember Bob being a funny guy,” Gary Rossington said to fans in a post. “He was just so funny, he used to do skits for us and make us laugh all the time, he was hilarious! Ironically, since we played Jacksonville yesterday. Dale, my daughter and I, went by the cemetery to see some of the guys in the band and my parents grave sites. On the way back, we went by Bob Burns old house, it was there in the carport where we used to first start to practice with Skynyrd. My heart goes out to his family and God bless him and them in this sad time. He was a great great drummer.”

Bob Burns rejoined Lynyrd Skynyrd when the band was inducted into the Rock and Roll Hall of Fame in 2006. He was 64-years-old.