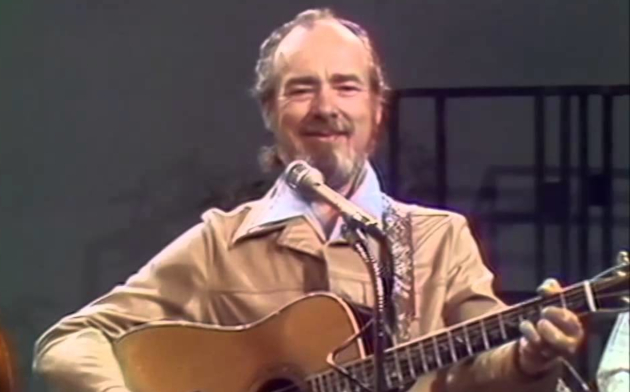 Country Music Hall of Famer, Bluegrass Hall of Famer, performer, executive, songwriter, and general country music advocate Mac Wiseman has passed away. He was 93-years-old, and was one of the last living links to country music’s golden era. He died on Sunday, February 24th.

Known affectionately as “The Voice with a Heart,” Malcolm B. Wiseman was born on May 25th, 1925 in Crimora, Virginia. He contracted polio at six-months-old, and suffered from the disease through most of his youth. This meant he couldn’t work in the fields like the others children of the area, and instead stayed at home, listening to old records. He attended high school in New Hope, Virginia, as later enrolled in the Shenandoah Conservatory in Virginia, eventually moving to Winchester, Virginia in 1944 where he started his musical career as a disc jockey for WSVA-AM.

Mac Wiseman became a professional musician in 1947 when he started playing upright bass in the backing band of Molly O’Day, including on her iconic tack, “Tramp on the Street.” It was during this time that he also hosted the WCYB Farm and Fun Time radio show where he worked with country music founding father, A.P. Carter. He would later play guitar for Flatt & Scruggs, Bill Monroe, tour with Hank Williams, and join the Louisiana Hayride, making Wiseman one of the last individuals who had a true connection to country’s and bluegrass music’s very founding roots.

Later Mac Wiseman would become a frontman himself, signing to Dot record, which he would have a long relationship with for many years as a performer, songwriter, and executive. He achieved his first solo hit with “The Ballad of Davy Crockett” in 1955, popularized by the Disney film. Then in 1956, he would become Dot’s A&R executive, moving to Los Angeles, and overseeing the careers of multiple Dot artists. Wiseman had another hit in 1959 with “Jimmy Brown the Newsboy,” and another on Capitol Records with Hank Cochran’s “Your Best Friend and Me” after he left Dot in 1963. Another hit came in 1968 on RCA Records, “Johnny’s Cash and Charley’s Pride.”

Just as important as his musical contributions were Mac Wiseman’s moves as someone behind-the-scenes helping to forge country music into a national movement and preserve its place in American culture. He managed the WWVA Jamboree in Wheeling, West Virginia, and in 1958, co-founded the Country Music Association, or CMA, and was elected as the organization’s first secretary. He was the youngest of the original founders, and at the time of his death, was the last living CMA founding member. At the time the CMA was formed, the charge was to make sure the popularity of rock and roll did not impinge on country’s place in popular culture. Mac Wiseman was also one of the founders of the International Bluegrass Music Association, or IBMA, in 1986.

Mac Wiseman also dabbled in folk music for a while, working on the college folk circuit, and would quite often revert back to his bluegrass roots. Wiseman ran a bluegrass festival in Renfro Valley, Kentucky from 1970 to 1983, and though many of his hits were country, bluegrass instrumentation was always featured prominently.

In 1993, Mac Wiseman was inducted into the Bluegrass Hall of Fame, and in 2014, was inducted into the Country Music Hall of Fame in the Veteran’s category. In 2008, Wiseman was given a National Heritage Fellowship award from the National Endowment for the Arts. In 2014, he released his final album Songs From My Mother’s Hand, and in 2015, a biography called All My Memories Fit to Print.

After the recent deaths of Harold Bradley and Curly Seckler, Mac Wiseman was one of the very last individual who worked beside country legends such as Hank Williams and A.P. Cater. Now just a handful more still exist, including Don Maddox of the Maddox Brothers and Rose, and the guitar player for Hank Williams, Joe Pennington.