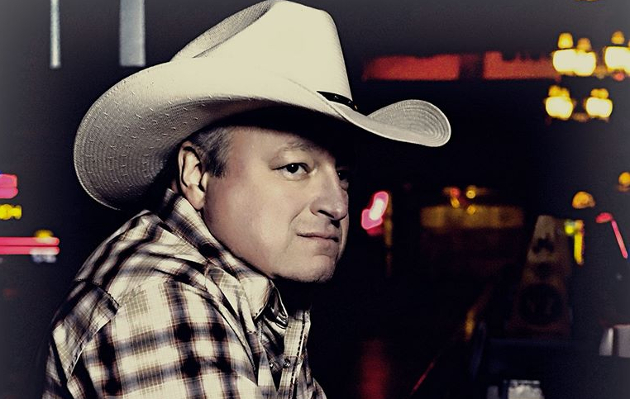 One of the big stories of the last few years in country music has been the rehabilitation of the commercially-oriented artists from the late 80’s and early 90’s as the current wave of “country” performers continue to discover new lows of where to take the genre, making the classic music of guys like Garth Brooks sound not half as bad in contrast. But Mark Chesnutt’s catalog never needed such rehabilitation. About the only criticism of his music that might stick for some folks is perhaps it was a little boring to them, but that was just an unavoidable outcome when you’ve established your career in sticking to traditional country sounds and rarely wavering (except for that Aerosmith cover, but that’s another story).

Calling Tradition Lives a traditional country record stops short of telling the full story. What really defines Mark Chesnutt’s first record in six years is one song of heartbreak after another. Tradition Lives is a full blown breakup album the likes we haven’t heard in country music and beyond in many years, merciless in how it delves into the themes and moments of living alone, losing the love of your life, and the heartbreak that follows. If country music today is much too saccharine with all of the fun-loving party anthems, Tradition Lives is a massive, 800 lb. counterweight tethered to the other side of the spectrum, trying to wrench country music back to equilibrium.

This is one of those records that can make grown ass men weep, so if you don’t want to expose your teddy bear side to the public, perhaps you should listen alone, and put a handkerchief on your knee. One of the symptoms of so many bad songs being cut by today’s country artists is that ample material is out there just waiting to be discovered and cut. One argument people levy against artists like Chesnutt is they tend to not write their own stuff. But picking the right songs and making them your own is an art to itself, and one that Chesnutt has excelled at throughout his career. Tradition Lives continues that track record and includes a few songs that if they were released 25 years ago during Chesnutt’s heyday, may have added to his resume of 20 Top 10 hits, and eight #1’s. 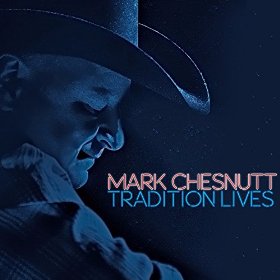 “Is It Still Cheating,” first recorded by Justin Haigh back in 2011, is exquisitely-written, and one of those songs that illustrates there’s still original sentiments out there for country songs for those willing to dig for them. “Oughta Miss Me By Now” written Tony Ramey and Trey Matthews is a real gut-puncher, speaking to the time when you realize a previous love has really moved on. Keep digging deeper into Tradition Lives, and it doesn’t relent with songs like “You Moved Up in Your World,” and “Losing You All Over Again.” Though traditional country traditionally covers more ground than crying-in-your-beer songs, that’s what spoke to Chesnutt when constructing this record, it’s what he’s always been best at performing, and what has defined his career. No point in second guessing now.

But there are a few screwballs he throws out near the end of the record. “Never Been to Texas,” co-written by Chesnutt with Roger Springer and Slugger Morrissette is a protest song done right, chiefly because it’s just so incredibly true. As much as people complain about today’s country, try going to Gruene Hall, Floore’s Country Store, or dozens of other places in Texas on Friday night and convincing the thousands of folks who show up to two-step of that. Nowhere else are the traditions being kept alive not just by nostalgic hipsters and howdy-doody songwriters, but by the common man as they are in the honky tonks of Texas. Mark Chesnutt may be most associated with 90’s mainstream country, but he’s never stopped being a boy from Beaumont, and still lives there today.

The next to last song is called “Hot,” and is a little levity in an otherwise weighty album. Then Chesnutt saves arguably the best for last, and really encapsulates the theme of the record with an exquisite rendition of “There Won’t Be Another Now.” Written by Red Lane and recorded by Merle Haggard, it delivers a double meaning of heartbreak.

The biggest days of fame for artists like Mark Chesnutt are more behind than they are ahead, and that’s just the way of things. But that’s in no way a commentary on the quality of music Chesnutt can still create. He’s not slipped a bit in his understanding of why people listen to country music. There’s plenty of options for those looking for a bit of escapism on the morning commute, or to blast at the bonfire party. But we all hurt. None of us have been spared from the touch of heartbreak. And at certain times when you’re at your most lonely or broken, you need someone or something to remind you that you’re not alone in that heartbreak, but that millions have suffered through and persevered as well, and are doing so at this very moment. That’s what the music of Mark Chesnutt is for.