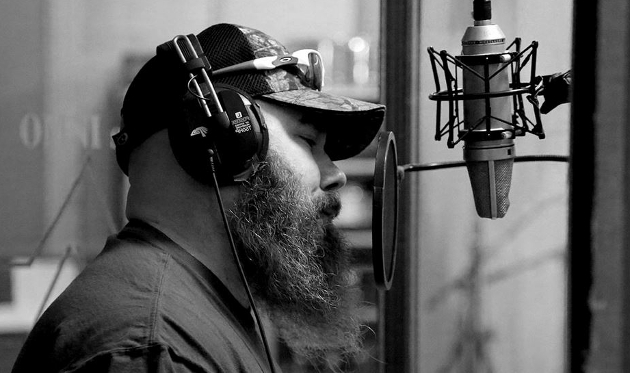 Nobody really wants to be an Outlaw. They just think they do. All that black leather and badass attitude, booze and women, it looks like the essence of cool from afar. But whether the term is engraved for the type of country music you’re making, or the mess you’ve made of your personal life by stringing together bad decisions, it’s a lot easier to admire the Outlaw life from a distance than it is to actually live it yourself.

Outlaw country was born out of necessity, not style. In an ideal world, there would be no need for Outlaws, because the creative freedom of artists wouldn’t be under constant assault. Similarly, the Outlaws of life often don’t mean to engage in the self-destructive behaviors they find themselves amidst, it’s the demons that pursue them that make them attempt to drown life out with drugs and alcohol and danger.

Too often the fight for creative freedom in country music and the “Outlaw” way of life are conflated, and the legacies of artists such as Waylon Jennings, Johnny Paycheck, and David Allan Coe don’t do that issue any favors. But the Outlaw way, whether in life or music, is never as glamours as the songs or stories make it out to be.

Mickey Lamantia, who also goes by “ML750” for the drams contained in a fifth of alcohol, resides in a scene of new underground Outlaws in music operating outside of the industry on Music Row, steadfast in their independent streak, quick to speak the names of their heroes, and time their music to the slow plodding pentameter of a Waylon half time beat.

For the right segment of country music listeners, this is exactly what they’re looking for. They want to raise their beer or shot glass high when the names of Haggard and Jones are mentioned in a song. They want songs that mention “Outlaw” right there in the verses, and veer towards a bellicose, and sometimes belligerent attitude about today’s country. There’s a dedication and a loyalty to the music like no other, and a lifestyle that surrounds it. 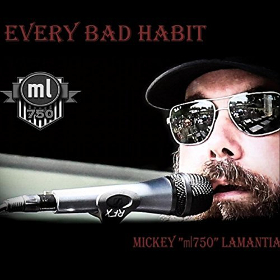 Frankly, sometimes it can be a bit much with all the name dropping and the chest puffing, especially when many of these Outlaw artists seem to be a bit lost in time, and not always in a good way. But with Mickey Lamantia’s new album Every Bad Habit, he surprises with the quality of the production and songwriting, while still serving up the red meat his dedicated Outlaw fans expect.

Every Bad Habit tells both sides of the Outlaw story, not just the one where the bad guys get away. Songs like “Every Bad Habit” and “When I Get on a Roll” initially seem to glorify the out-of-control aspect of life as an Outlaw, but don’t stop the story with the party. Lamantia also does what every good Outlaw should do, which is show his vulnerable side, especially in the song “How Do I Say Good By” about losing his mother. Because a lot of times when you see someone presenting a leathery exterior, it’s because they are emotionally soft inside. It’s often the presence of self-doubt and fear that gives rise to aggressive countenance. Waylon wasn’t afraid to show his vulnerable side either, and that’s often lost in the shallow observances of Outlaw music by some.

Every Bad Habit also has moments when the hawkish themes may get to be a bit much, like on “Alcohol, Tobacco, and Firearms,” or “Take Our Country Back” where Lamantia combines the frustrations with what has happened in country music with the worry for the direction of America. Of course this is what Mickey ML750 fans want, but for others who just want to hear a good ol’ traditional country song, it may be too strong a pull. This is hard and heavy music, not afraid to make references to drugs and danger, and not for everyone.

It can also be off-putting to some how much name dropping occurs here. But what you begin to understand listening to Every Bad Habit is these name checks aren’t positioning statements by Lamantia, or attempt to prove his country cred. Mickey Lamantia knows his place in the music, which is at the tail end of the legacy of the country heroes who came before him, and that it’s the obligation of those Outlaws left to keep the names, songs, and memories of those past greats alive, especially since they’ve been so forgotten by popular music.

Most impressive with Every Bad Habit is how Lamantia resists the temptation to drench his songs in steel guitar, monotonous half-time beat, over-emphasized accents trying to sound like Jamey Johnson, and Waylon-esque phaser, which is often the bane of bad modern Outlaw country. Instead Every Bad Habit is refreshingly tasteful, and at times outright sedated. Many of the tracks are stripped down and acoustic, though there is still plenty of full band songs here, body to the compositions, and Robby Turner steel guitar to not make it feel like a half effort.

Most importantly Every Bad Habit lets you see both sides of the Outlaw coin, instead of just the one most country music fans want to believe. Being an Outlaw is big times and badass stories. But it’s also can be a precipitous fall when it all gets to be too much, and the reason we lost so many of our heroes too early.