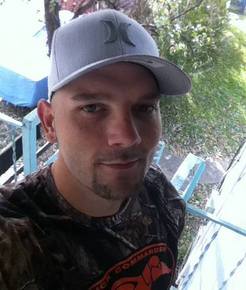 32-year-old Dustin K. Finley, a street team member for country rapper Mikel Knight, was found dead in Nashville on Sunday, December 6th. Beloved by many and known by the nickname of “Q,” friends and family took to the Kentucky native’s Facebook page to offer their condolences, and remember their fallen friend.

Born Oct. 15, 1983 in Ashland, Kentucky, Finley was known as a big University of Kentucky fan who enjoyed watching Kentucky basketball games. He studied HVAC at Mayo Technical College, graduating in 2005. He joined Mikel Knight’s “Maverick Dirt Road Street Team” in July of 2014, traveling the United States in motorhomes and vans to sell Mikel Knight CD’s to individuals face to face. Finely was working with the street team at the time of his passing.

There is no definitive word on how Dustin Finley died, though according to Mikel Knight’s management, it is suspected to be an overdose. According to Nashville police, they were not notified of the death, but the Medical Examiners Office did conduct an autopsy on Finley. Any results from the autopsy will not be available for six to ten weeks. The family was notified of the death by the Medical Examiner after they identified Finley. Dustin’s sister, Brandi Finley-Webster has been coordinating funeral arrangements for her brother. “Who would have ever thought that just a couple days ago, we would be making these preparations. It’s a shame that I’m in this position, that could have been prevented,” she said on Facebook.

Saving Country Music reached out to Brandi Finley-Webster for a statement from the family, but she said they were still working to obtain all the facts surrounding Dustin’s death before before they would be willing to speak publicly. Saving Country Music also reached out to Mikel Knight and 1203 Entertainment for statements, but the requests were not responded to. However a statement was posted on Mikel Knight’s website on Friday (12-11):

We are deeply saddened by the sudden loss of Maverick Dirt Road Street Team member, Dustin “Q” Finley, due to an apparent drug overdose. News of this magnitude is especially difficult to process during the holiday season, therefore, we humbly extend our deepest sympathies and condolences to Dustin’s family and closest friends back in Ashland, Kentucky. Perhaps most importantly, we consider this situation a learning opportunity for other MDRST members, as well as kids and adults from every walk of life. Drug abuse is a very real issue in every community, and no one is immune to its reach and impact. It affects the rich as well as the poor, and it’s colorblind. It is a lifestyle choice that only limits your quality life opportunities. The MDRST’s mission is to provide a second chance to young adults who have struggled in their lives by offering employment opportunities, encouragement and a sense of belonging.  It is the sincere hope of founder, Mikel Knight, and the entire staff that Dustin felt embraced and supported during his time with the company and will be greatly missed.”

Funeral services for Dustin Finley were held at 1 p.m. Friday, Dec. 11, 2015, at Caniff Funeral Home in Westwood. In lieu of flowers, the family asks that you consider donations be made in Dustin’s name to Caniff Funeral Home, 528 Wheatley Road, Westwood, KY 41102. A Go Fund Me account has also been set up to help pay for funeral arrangements.

Mikel Knight and his Maverick Dirt Road Street Team have been embroiled in controversy in the past for deaths of street team members. Taylor Robert Nixon and Robert Joseph Underfinger III were both killed in a June 16th, 2014 accident in Texas in one of Mikel Knight’s street team vans. Driver fatigue was considered the cause of the accident. Another former street team member named Ky Rodgers was injured in an accident involving driver fatigue, and later gave a harrowing account of his time working for Mikel Knight.

There is no information that either Mikel Knight, 1203 Entertainment, or the Maverick Dirt Road Street Team were in any way involved or responsible for the death of Dustin Finley at this time. Saving Country Music will try to provide updates as more is known about Dustin Finley’s passing.