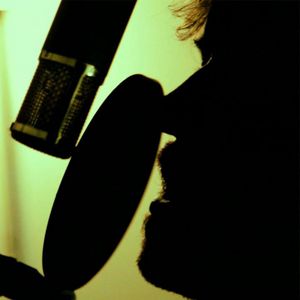 Brand new, long-anticipated music from Reno, Nevada’s Hellbound Glory is finally on its way in the form of a brand new EP scheduled for release on May 13th called LV. It is exclusively a digital release, and is the first new music aside from a few individual singles since the band released its last full-length Damaged Goods in November of 2011. The album is now available for pre-order through iTunes.

Accompanying the release will be a video for the song “Streets of Aberdeen” from Ryan Short of King of Hearts Productions, and is scheduled to be released May 6th. Hellbound Glory will also hit the road in support of LV this Summer.

Taking its title from front man Leroy Virgil’s initials, “LV” was recorded in the songwriter’s original hometown and music mecca, Aberdeen, Washington. It was recorded to analog tape at the Oceanside Recording Studio, overlooking the bank of the Wishkah River.

Longtime friend, musician, and Aberdeen native, Brian Smith who was tapped to co-produce, record, engineer, and mix the session explains, “I took a 6 year hiatus from recording, but I kept the room and the gear”¦ This was the project that made me want to pull the sheets back and dust it off.”

Smith is no stranger to Virgil, first recording the young singer at age 15. Smith continues, “Even at 15, I could recognize his talent.”

LV is an exploration of the legacy and ghosts of Aberdeen’s distant and recent past, including Virgil’s own. Virgil explains, “I grew up in Aberdeen, WA and spent half my time on my stepdad’s oyster farm and the other half on those streets. When the song ‘Streets of Aberdeen’ came to me, it opened up a floodgate of memories, emotions, and stories. I knew I had to go back there to capture what it was like for me growing up. These are the most personal recordings I’ve ever done.”

Hellbound Glory was thrust into the national spotlight when it was announced they would open for Kid Rock on his Rebel Soul tour during the winter and spring of 2013. After the tour the band experienced some lineup changes, and has recently toured with The Supersuckers.

Hellbound Glory won Saving Country Music’s Album of the Year in 2010 for their breakout album Old Highs & New Lows, and front man Leroy Virgil is considered by many to be one of country music’s greatest undiscovered songwriters.