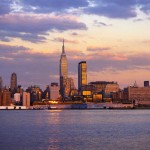 Alright. Y’all have to indulge me, because I need to go wandering off the reservation for a moment. I know I’ve said more than my peace about the new Justin Townes Earle album Harlem River Blues, and how at first listen I knew it was specially formulated for NPR, but one of the reasons I write these articles is to get things inside of me out to keep from going insane. And man, there is something that really needs to get out right now.

Yesterday Harlem River Blue was “reviewed” on NPR’s “All Things Considered” by a girl named Meredith Ochs. Far from showing even an ounce of objectivity or offering any criticism whatsoever, this 4 minute puff piece was more of a long-playing commercial, delivered with that annoying, almost insulting, high-brow, nose in the air, NPR cadence that grates like a #3 wood chisel on the scrotum.

Listen to the NPR Review of Harlem River Blues

What set me off was the introduction. And when I say “set me off,” I mean it hit my ears like an unprovoked insult. With a couple of uninformed, arrogant, and belittling sentences, the awesome legacies of dozens of New York-based folk artists were reduced to a trifle in such an irresponsible manner, I could palpably feel the anger pulsing through my veins and I lost a night’s worth of sleep; all while millions of unhappy hipsters sipped on their chai tea and took the information in with confidence that it was coming from an educated source.

It starts off by the announcer saying:

“Trains, rivers, and blue collar workers are all staples of American folk music.”

Don’t talk down to me. I know what fucking folk music is my friend. It is what has kept me alive for 33 years, and it insults me when someone uses it simply to perpetuate the idea that they identify or find “soul” in the proletariat lifestyle as they look down upon it from their Manhattan flats with hidden disgust cut slightly by an unusual envy.

But that’s not what set me off as much as the next few lines. First from the announcer:

“Our music critic (ha!) and New Yorker by birth Meredith Ochs couldn’t be happier that the landscape she grew up with is finally getting some folk treatment.“

And then from Meredith:

“Why should the Mississippi River have all the fun? Aren’t the waters that flow around the island of Manhattan equally inspiring to songwriters? Justin Townes Earle seems to think so.”

I couldn’t believe what I was hearing folks. So you’re telling me that NYC has never received ANY folk treatment and that JTE is the first to “finally” do this?

I don’t even know where to start with these heroically uninformed statements. And don’t tell me its a slip, because that segment is so overproduced and over-thought it’s ridiculous. New York is the HOME of American folk music. And I know this never having set foot in that city, yet it takes a native Texan to set someone born in NYC straight? What the hell is going on here?

Have you ever heard of Paul Simon or Bob Dylan, the two greatest American folk songwriters ever? How about Greenwich Village, WHERE THE AMERICAN FOLK REVIVAL WAS LAUNCHED IN THE 60’S! Joan Baez, Jackson Browne, James Taylor, Peter Paul & Mary–any of these names ring a bell? They all got their start in Greenwich Village, in the heart of New York City, singing songs about their surroundings. Have you ever heard of the Mayor of MacDougal Street, Dave Van Ronk? Or the story of how Dylan moved to NYC to gain acceptance so he could feel worthy enough to be a folk musician? And how about the anti-folk movement, born and bred in NYC?

Do you want examples? You want folk songs about New York? Done. Here’s one of my top 10 favorite songs of all time, ALL TIME, for any genre:

“Fogs Rolling In From The East River Bank. Like a shroud, it covers Bleeker Street. Fills the alleys where men sleep. Hides the shepherd from his sheep. “

The “6 Train” referenced in JTE’s “Working For The MTA” services Bleeker Street, and the picture on the S&G album cover was taken near the Bleeker Street station. The story goes that nobody knows exactly where because obscene graffiti in the background kept making them move the shot. New York City was Paul Simon’s inspiration. The title track from Wednesday Morning, 3AM is another great song, with an undeniable NYC theme and soul. How about the Simon & Garfunkel hit The 59th Street Bridge Song?

Dave Van Ronk’s Going Back to Brooklyn is a great example of New York folk, with a gem of a river song in “Left Bank Blues.” There’s even a current folk band named the East River String Band, but I’m sure NPR isn’t interested in anything they have to offer.

One of my favorite Bob Dylan songs:

There are many other examples and I could string this out forever, picking out lines in countless folk songs that either talk about or reference NYC, but the point is that Justin Townes Earle is not nearly the first, far from it, nor is he the only one currently, and asserting so is beyond ignorant, it is irresponsible.

Down here in Texas we have a colloquialism whenever anyone references NYC. We say “Get A Rope.” It is from a picante sauce commercial from the 80’s. As I’ve grown older I’ve learned that NYC has an amazing soul and spirit beyond words, and I’ve learned this solely through the music that the city has inspired. Unfortunately JTE’s songs, nor his personage, do NYC’s spirit any justice here.

We have a lot of work to do my friends, and I’m rolling up my sleeves. NPR has millions of listeners, and I’ll be happy if this little rant can crack half a thousand. Music is dying. This massive oversight by NPR illustrates this as much as anything.

Here’s a song about New York from a folk musician whose a friend of mine named Paleface. I love this song, not because its about New York, but because it is about home. It’s about loving where you’re from, no matter where that is, and learning to see the beauty in it, even if it’s hidden. Excellent songwriting hits on universal themes that touch us all no matter the content, just like this one does, and just like JTE’s songs used to.