Of Life & Limb: Why The Savannah Welch Story Feels Beyond Comprehension 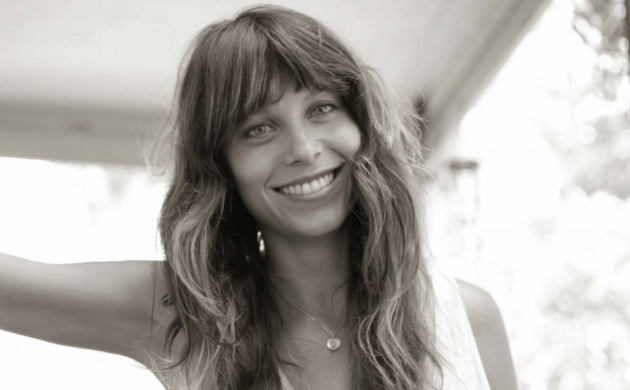 If you ever get a chance to go to Wimberley, TX, you should. Though much of the attention for central Texas gets sucked towards Austin, especially in the music sphere, places like Wimberley, Gruene Hall, and the Cheatham Street Warehouse outside of Austin are just as important, or maybe more important to the constitutional makeup of what makes the music community of central Texas so singular.

Wimberley, which is about an hour south of Austin, is the actual home to many of the musicians who list “Austin” as their official base of operations. It’s as quaint and vibrant as it appears in pictures, and it’s not unusual to see many of the town’s semi-famous to famous residents such as Ray Wylie Hubbard, Robyn Ludwick, and many others at the local grocery store or a restaurant in town.

Actor and musician Savannah Welch was at the Wimberley Farmers Market on the afternoon of Wednesday, November 2nd when many of the rest of us were getting ready to watch Game 7 of the World Series, or perhaps the CMA Awards to be broadcast later that night. Many towns don’t have farmers markets during the middle of the week, but Wimberley does. Because that’s Wimberley. It sets up right in front of the Community Thrift Shop, and it was there on an unseasonably warm fall afternoon under perfect weather while Savannah was participating in one of the many little things that makes Wimberley so unique that the unthinkable happened.

Much has been made in recent years about the lack of women artists in country music, and in Texas country specifically. The Trishas are an exception, both in their inclusion in Texas music, and in the quality and importance of the music they make. A supergroup comprised of singers and songwriters who all had amassed efforts worth paying attention to individually, The Trishas burst through whatever gender biases may or may not persist in country music from Texas and beyond to be one of the most cherished projects of the region.

Even though The Trishas present their music as a collective, there is no issue telling each of its members apart. Singers and songwriters Kelley Mickwee and Jamie Lin Wilson are like the cornerstones, while Liz Foster and Savannah Welch are the wild cards. Specifically, Savannah has always felt like the spark of the band, bringing not just songs and harmony, but an enthusiasm for both the music and the fellowship that the female quartet embodies. If anyone could ever be described as full of life, it’s Savannah. And she exudes this through her music.

That’s why the news of the unfortunate incident in Wimberley falls so hard. While at the farmers market with her father—well-known country music performer and songwriter Kevin Welch—and her 4-year-old son Charlie, a vehicle leaving the market accidentally accelerated, hitting Savannah and pinning her leg against a van. According to reports, the driver thought he was hitting the brake, and accidentally hit the accelerator.

Savannah Welch was Star Flighted to Brackenridge Hospital in Austin. It was later determined that her leg must be amputated.

Amputations are things we’re only used to hear about happening in war zones, not during lazy afternoons at the Wimberley Farmers Market. The news was so shocking, with the thought of this musician and a mother that has brought so much light and vitality to people being encumbered now for the rest of her life feels so unjust, and unworthy of our comprehension. Not Savannah. Anyone but Savannah.

Along with her contributions to The Trishas and playing music with her father, Savannah Welch is also an actress, appearing in movies such as The Tree of Life and The Virginity Hit. She played the college girl who sang Pink Floyd’s “Wish You Were Here” at the psychology party in the Oscar-winning Richard Linklater film Boyhood. In the movie, she did a convincing job fooling us all that she was a novice at singing and playing guitar.

But if there is anyone who is touched with the spirit to overcome such a tragedy, it’s Savannah. The day after a contentious Presidential election, half the country is holding their heads forlorn, feeling like they can’t go on. But how selfish that feels when so many others are dealing with hardships that are no fault of their own, and hold such a higher burden and challenge. But with hope, perseverance, and love, perhaps the same people who’ve been made whole by the music of Savannah Welch and The Trishas can help make Savannah and her family whole again as well. And we better, because there’s much more life to be lived, and much more music to be made for Savannah Welch.

A Go Fund Me account has been set up for Savannah Welch.