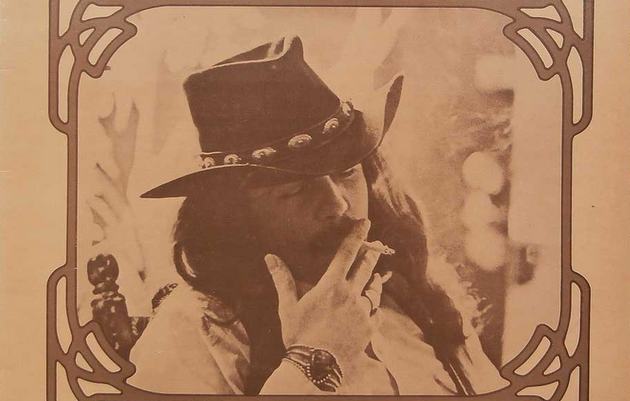 One of the most important songwriters and performers of the Outlaw country movement has passed away.

Steve Young was known for such songs as “Seven Bridges Road” that became a big hit for The Eagles, “Lonesome On’ry and Mean” by Waylon Jennings, “Montgomery in the Rain” by Hank Williams Jr., and was one of the most well-recognized and respected songwriters of the Outlaw movement. Speaking to the respect for Steve held among his peers, his debut album Rock Salt & Nails featured appearances by Gram Parson, Chris Hillman and Gene Clark. “Seven Bridges Road” was also covered heavily in the folk scene by artists like Joan Baez. And his songs continue to be recorded and performed by country, folk, and rock artists.

Born July 12th, 1942, in Newnan, Georgia, and growing up in various parts of the South, his family moved often looking for work. Young would spend parts of his formative years in Georgia, Texas, and Alabama, soaking up not just the country music, but blues and folk of each region which would later lead to his unique approach to songwriting he simply called “Southern music” that bridged various roots genres and rock.

Before he would make his name in the country music Outlaw movement, Young would do time in Greenwich Village in the early 60’s as part of the world-famous folk scene. He would spend time in California in 1964, making friends with folks like Stephen Stills and Van Dyke Parks, joining the psychedelic country rock band Stone Country for a stint. The styling of folk and rock would go into what made Steve Young such a pioneer in Outlaw country later on.

Though Young was considered mostly a background member of the Outlaw movement for many years, his appearance on the legendary Outlaw documentary Heartworn Highways helped awaken the world to his talent. Though he still remained mostly known through the songs he wrote that others performed, Young had a strong solo career and released a total of 14 albums.

Van Dyke Parks’ song “All The Golden” is about Steve Young.

His son and fellow songwriter and performer Jubal Lee Young shared the news Thursday evening (3-17) of his fathers passing.

“My father, Steve Young, passed peacefully tonight in Nashville. While it is a sad occasion, he was also the last person who could be content to be trapped in a broken mind and body. He was far too independent and adventurous. I celebrate his freedom, as well, and I am grateful for the time we had. A true original.”