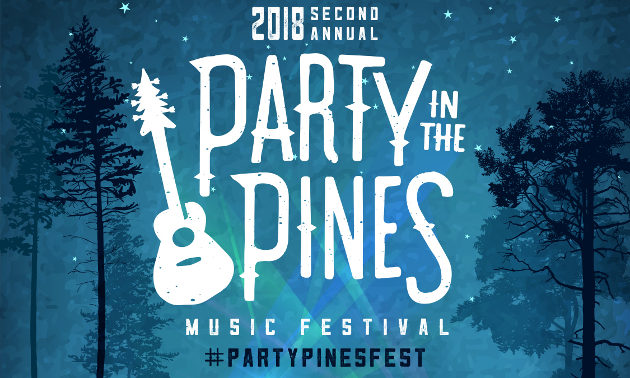 The 2nd Annual Party in the Pines Festival scheduled to occur in White Springs, Florida October 19th and 20th at the Bienville Plantation has been abruptly cancelled just 10 days before gates were set to open, leaving fans and artists in the lurch and looking for refunds and explanations. With performers such as Zac Brown Band, Little Big Town, Luke Combs, and Kip Moore scheduled to perform, this was set to be a major country music event.

“It is with a heavy heart that we inform you that Party in the Pines Music Festival has been cancelled due to circumstances beyond our control,” Bienville Entertainment posted Tuesday (10/9) evening. “We are working on a plan to compensate ticket holders and sponsors. Details will be posted to our website and social media pages soon. We realize this impacts people in many different ways. We apologize to our supporters and team members who have worked hard to bring this event to our community.”

Robert Morey, the owner of the Bienville Plantation, spoke to the Lake City Reporter about the situation late Tuesday. “There are a lot of forces in play beyond our control we don’t understand,” Morey said. “It will take a while to sort it out … all our funds are held by the artists’ agency. We beg for understanding … This was an event that was so impactful to the community.”

When asked if the event would possibly occur next year, Robert Morey responded, “I can’t be optimistic right now.”

“I bought 8 VIP tickets and rented 2 of the fancy tents with A/C. Just paid for the tent rental approx $2000 plus the 8 VIP tickets I’m out over $6000!!!!” Sonya Ellenburg Smith said in response to the announcement. “They better refund my hard earned $$$$!!!! Disappointed big time!”

Hurricane Michael scheduled to hit Florida Wednesday would have little impact on the event since White Springs is in north central Florida, and away from the hurricane impact zone. Budweiser, Jim Beam, and Bass Pro Shops were primary sponsors of the event. Other artists scheduled to perform were Dan + Shay, Granger Smith, The Cadillac Three, Lindsey Ell, Mark O’Connor Band, Casadee Pop, Drew Baldridge, Clare Dunn, and Raleigh Keegan.