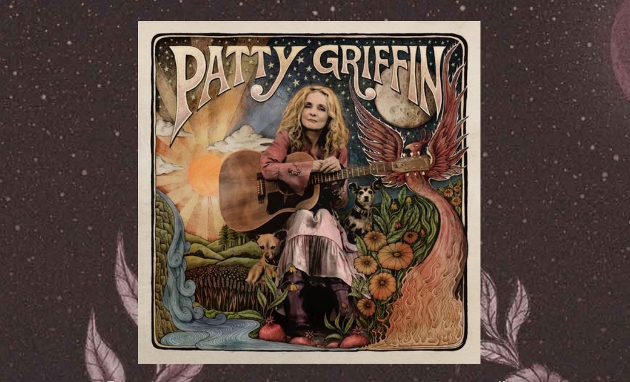 Like a lazy Sunday morning, a Patty Griffin song can frame life perfectly, and put everything into perspective. This gift is the reason artists such as Emmylou Harris, Miranda Lambert, Mary Chapin Carpenter, and the Dixie Chicks have selected her songs to record, and the Grammys have awarded and nominated her efforts over the years.

On Friday, March 8th, Griffin will release what will count as her 10th studio recording, and her first eponymous release when it emerges from PGM Recordings and Thirty Tigers. Recorded primarily at her own house in Austin, TX, it was co-produced with long-time collaborator Craig Ross, and includes contributions from guitarist David Pulkingham, drummer/percussionist Conrad Choucroun, cellist Lindsey Verrill, pianist Stephen Barber, and fellow Band of Joy member Robert Plant, who offers backing vocals on the songs “What Now” and “Coins.”

The album comes after a period on Patty’s life that is described as one of profound personal crisis, including being diagnosed with breast Cancer about two years ago, but ultimately defeating the disease. Ahead of the album, Griffin has made available a song called “The River” (listen below).

“‘Isn’t she a river?’ just kind of came out and the rest sort of followed,” says Griffin. “Sometimes songs are like that. I wasn’t really reaching for anything intentionally – just playing some chords with a feeling inside and there you go.”

Also as part of the release, Patty Griffin will embark on a world tour, starting February 28th in Los Angeles. More info on the tour will be coming soon, and tickets will go on sale January 18th.