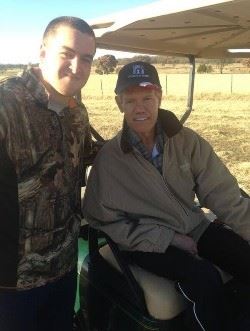 Photos of a recovering Randy Travis have finally been surfacing on Twitter over the recent days—the first glimpse concerned country music fans have seen of the future Country Hall of Famer since he suffered a stroke and subsequent health issues in July of 2013. A smiling Travis looks to be on the road to recovery. 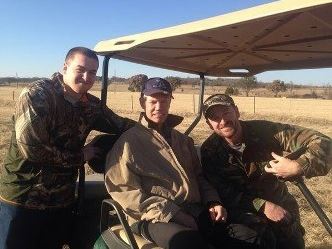 On January 19th, family friend Anthony Maurizio posted a black and white photo of Randy with his fiance Mary Beougher standing behind him, with the caption “Glad to see Randy Travis healing nicely.” Bobby and Lisa Vaughn also posted photos of Randy on Jan. 19th sitting in a covered ATV at his ranch in Tioga.

In early November, Randy’s father Harold Traywick gave the grim outlook that Randy Travis may never perform again, saying that Randy was paralyzed on his right side and could barely speak. Since then, the news has been more upbeat about Randy’s recovery. Artist Bonnie Paul who has co-written songs with Randy said through Twitter on December 9th, 2013 that Randy was out of the wheelchair and able to walk with a walker. Then on December 20th she said that Randy was walking on his own.

Specifics on Randy’s condition have been hard to come by for fans worried about the long-term effects from Randy’s recent health problems, leading to much speculation and concern. Randy himself has yet to make any public appearances or statements since his recent health scare, and there has been no official word from doctors on the severity of his condition or the long-term prognosis. 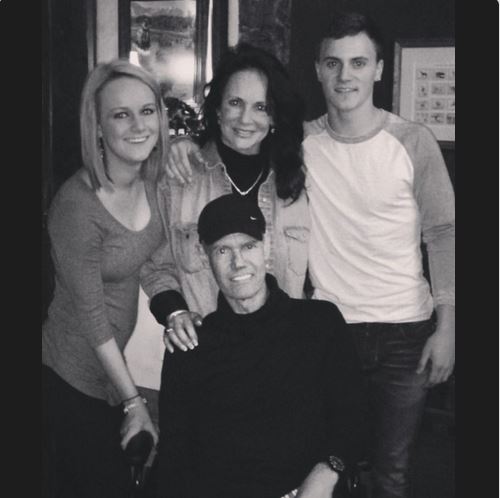 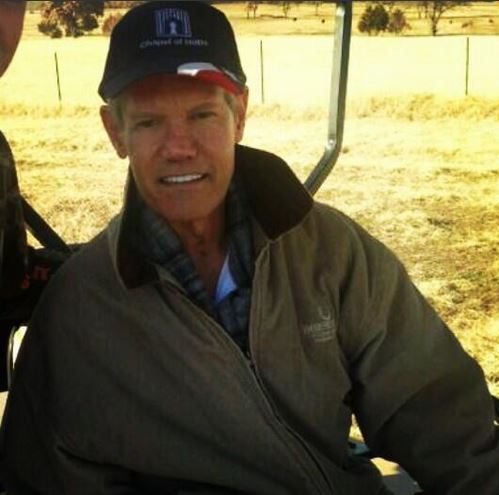