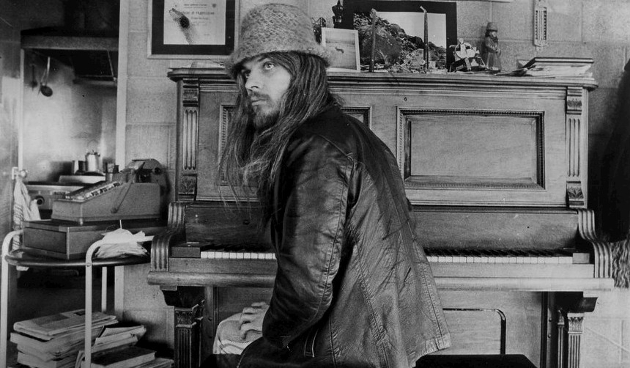 From country to rock, from the studio to the stage, from collaborations with Willie Nelson, Eric Clapton, and Frank Sinatra, Leon Russell was popular music’s piano man for a generation. And now he has joined the list of music legends who took their final breath in 2016.

Born in Lawton, Oklahoma on April 2nd, 1942, Leon Russell started his music career as a piano player in the clubs and honky tonks of Tulsa when he was 14-years-old, including in his first official group The Starlighters which also included guitar player J.J. Cale. After moving to Los Angeles in 1958 to pursue music, Russell became one of the most in demand session musicians in the history of American music, becoming part of “The Wrecking Crew”—a collective of studio musicians who can be found on an incredible list of hits for a wide range of performers in the 1960.

Through this period, Leon Russell also signed his own recording contract with Dot records, and was also writing songs, most notably compositions for Gary Lewis. But it wasn’t until the 70’s when popular music began to recognize Russell’s talents and contributions to others, and he became of of the most hot hands in music as both a songwriter and a duet partner with many of the major artists of the day, especially after Joe Cocker released the Leon Russell song “Delta Lady” on his self-named album from 1969 that Leon Russell produced.

Songs like Leon Russell’s “Superstar” went on to be covered by The Carpenters, Luther Vandross, and Sonic Youth. Russell’s “A Song For You” has been covered by Ray Charles, Peggy Lee, Willie Nelson, Whitney Houston, and even newer artists such as Amy Winehouse and Christina Aguilera. Leon’s “Shine a Light” made it onto The Rolling Stones’ legendary record Exile on Main Street. And these a just a few of the legendary cuts Leon Russell landed during the era, continuing to increase his prestige among musical peers and fans alike who kept seeing his name in the liner notes of legendary records as a songwriter or musician.

Leon Russell was asked to be the musical guest on Saturday Night Live in 1976, illustrating his star appeal, even though he never had a single crack the Top 10. In 1977, Leon Russell’s “This Masquerade” recorded by George Benson won the Grammy for Record of the Year. This once behind-the-scenes session player was now one of the hottest names in music, and it seemed everyone wanted to work with Leon Russell.

Among Russell’s admirers was Willie Nelson, who was the hot hand in country music at the time. When Leon played Willie Nelson’s 4th of July Picnic in 1976, it would be the start of a relationship that would last Leon Russell’s lifetime, crowned by their #1 single in country, “Heartbreak Hotel” off of their Gold record from 1979, One For The Road. Nelson and Russell would continue to collaborate throughout the years, and Russell became a regular of Nelson’s 4th of July Picnics.

Like many artists from the 60’s and 70’s, Leon Russell’s popular career began to decline throughout the 90’s and early 2000’s, though he was considered a legend throughout music. In 2009, interest in Russell’s career found a resurgence after working with Elton John, and in 2011 he was inducted into both the Songwriters Hall of Fame, and the Rock and Roll Hall of Fame.

Leon Russell died Sunday (11-13) at the age of 74. He was suffering from health problems recently, including a heart attack in July.