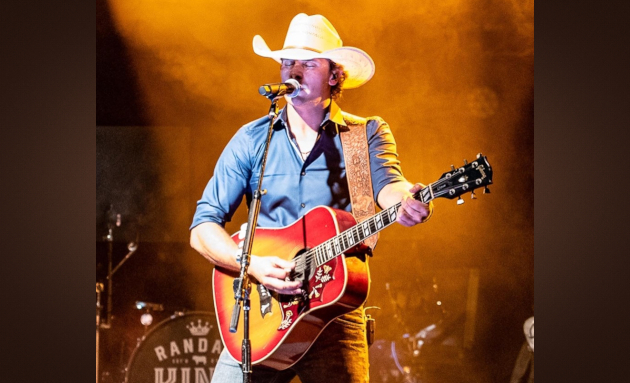 Texas country traditionalist and songwriter Randall King has enjoyed a good string of luck recently, including Garth Brooks selecting his song “The Road I’m On” as one of the songs on his upcoming album, and as one of the opening numbers on his current tour. Randall King’s self-titled debut put traditional country fans on alert for him to be a name to watch in both the present and future, and there has been some murmurings that major labels may be in hot pursuit of the performer.

But on September 21st, a beloved guitar owned by Randall King was stolen right out of his gear trailer as he performed at the Tri-State Fairgrounds in Amarillo, TX. The Gibson Dove acoustic means more than the market value of the guitar to Randall, and he’s now offered a $2,500 reward for its return. “No questions asked, no one else involved. Just want my guitar back,” Randall King says. Folks are being asked to reach out to Scott Gunter at scott@durangoartist.com if they have any information on the guitar.

A fourth generation hay hauler from the West Texas plains, Randall King is originally from the tiny town of Hereford, just west of Amarillo. He’s been kicking around the Texas scene for a while now, releasing an EP in 2016, and recently signing to the booking agency Red 11, allowing him to share some tour slots and stages with the finest in the Texas scene. “I love Amarillo, it will always be part of where I grew up and a part of me,” Randall says. “Amarillo is better than this situation I’m currently in. It has nothing to do with the town as it has to do with an individual. We will continue to play my hometown, no one will stop that. Thank you all for your support.”

Garth Brooks said about Randall King in 2018, “Everybody always asks me, who are the new people that you’re looking at coming up. Guys, I’m going to tell you right now, this kid right here, Randall King. All I can say is, sweet guy, good guy, hell of a writer, hell of a songwriter. An independent artist. He’s not signed to a record label. This is what country music is all about for me.”