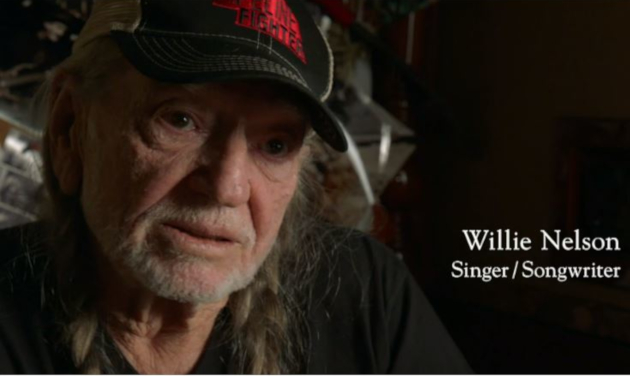 Ken Burns and screenwriter Dayton Duncan had the unenviable task to trying to tell the entire story of country music in eight, 2-hour episodes. And though the general the reception for PBS’s Country Music documentary has been positive, the lingering concern has been who is left out. The 7th Episode in the series was unique in that 30 more minutes were added to give Ken Burns and his team the time to delve into a decade of the music, explain the important influence of Texas songwriters and the emergence of the Outlaw movement in the early and mid 70’s, all while keeping up with the goings on in popular country in Nashville at the time. And though the claims of blind spots and snubs will continue, what was covered in Episode 7 was done with great reverence, appeal, and care.

Though the entirety of the documentary has dealt head on with country’s constant changes, the shifts that occurred during the period between 1973 and 1983 seemed especially significant. The Ryman Auditorium was shuttered after downtown Nashville had become a crime-infested location, and the Opry House east of town had been constructed. The last song played on the final Opry broadcast from the Ryman was “Will The Circle Be Unbroken.” The struggles of artists against the business of country music felt more significant than ever before, whether it was Dolly Parton trying to part ways with Porter Wagoner, or Willie Nelson and Waylon Jennings winning their creative control from RCA.

Meanwhile we get the first tastes of country music existing in two separate worlds. One is more commercial and ordered to the business of Music Row, while in both Nashville and Texas, songwriters like Guy Clark, Rodney Crowell, and Townes Van Zandt did things their own way, and were successful in doing so, at least eventually. And as The Nashville Sound bloomed into “Countrypolitan” under the guidance of producer Billy Sherrill, the “Outlaw” movement gave rise to country music’s first ever Platinum-selling album, Wanted: The Outlaws.

Many artist were dutifully profiled in Episode 7, from Dolly Parton who wrote and released her mammoth standard “Jolene,” and “I Will Always Love You” for Porter Wagoner. Marty Stuart talked about joining the band of Lester Flatt at 13-years-old, and walking into the Grand Ole Opry to play. “It was like walking into The Vatican … Everything I had ever dreamed of happened for me when I was 13-years-old.”

George Jones and Tammy Wynette, and their tumultuous relationship was revisited once again. Their duet “Golden Ring” was a big hit, despite the super couple going through a divorce. Olivia-Newton John winning CMA Awards was explained, and the notorious moment when Charlie Rich burned the piece of paper announcing John Denver as the CMA Entertainer of the Year was relived.

“Things were changing, and not everybody agreed with it,” Marty Stuart explained. “I think a lot of people saw it as the boundaries being broadened and expanded upon. And other people saw it as country music losing its soul.”

The Mexican Americans of country music were also finally introduced in the form of Johnny Rodriguez and Freddy Fender. “I say this with all sincerity, I never had a cross feeling to this day,” Rodriguez said about being country’s first major Mexican American star. “I never felt like that that. It makes me want to cry. I’m serious. These people are so nice, it still touches me to today.” The words of Rodriguez underscore what Charley Pride and Wynton Marsalis said during Episode 4, that the racial prejudice that persisted in American society didn’t always translate to inside the country music industry as many assume.

You knew Waylon Jennings would play a big role in the episode, and he did with his story as a Littlefield, TX kid turned DJ in Lubbock, to luckily avoiding the Buddy Holly plane crash memorialized as “The Day The Music Died,” to a big club draw at JD’s in a Phoenix suburb. When Bobby Bare discovered Waylon there, and Waylon asked Willie if he should come to Nashville, Willie advised him against it. Waylon went anyway, and was made into a folk country and Countrypolitan star by Chet Atkins, before becoming the man who arguably rearranged the business of country music more than any other by negotiating his creative freedom, and inspiring others to do the same.

This led to stories about Hillbilly Central in Nashville—the renegade recording studio run by Tompall Glaser, and the Armadillo World Headquarters in Austin where Willie Nelson, Jerry Jeff Walker, and Asleep at the Wheel held court. Willie recorded Red Headed Stranger for $4,000 in Garland, TX, and just like Waylon did with his contract negotiations, it revolutionized the music. “Suddenly we didn’t need Nashville. They needed us,” Waylon was quoted as saying.

Hazel Smith, who had been the office manager of Hillbilly Central and coined the phrase “Outlaw” was one of the best contributors to the episode. The recently-passed songwriter, journalist, and former love interest of Bill Monroe said she was inspired by the term by looking in the dictionary and seeing the end of the definition as, “Living on the outside of the written law,” which she felt applied to the laws of country music. And looking into the camera, she said, as the person who coined the term, that if anyone didn’t believe her definition of what a country music Outlaw was, “They’re a liar.”

Much time was also spent in Episode 7 on Emmylou Harris, starting with her emergence as the harmony singer for Gram Parsons. “He was passionate about real country music, the real washed in the blood stuff,” Emmylou explained. “But he was a child of the 60’s. Rock n’ roll was also a passion of his. He really believed he could bring the two together.” The documentary told of Gram “inspiring” the Rolling Stones song “Wild Horses,” but true Gram Parsons fans know the real story.

“Emmylou didn’t explode on the scene, she bloomed,” Dwight Yoakam said. “And she will forever be that rose that bloomed in our collective consciousness.” Instead of a folk rocker, Emmylou became what would pass as a traditionalist at the time, covering many classic country songs, and later delving deep into bluegrass while being devoid of commercial concerns.

Hank Williams Jr. also receive his due in Episode 7, from performing renditions of his fathers songs at the age of 8, to falling off of Ajax Mountain in Montana right before his landmark Hank Williams Jr. and Friends album was about to be released, all the way to becoming one of the biggest country music superstars in history, selling 21 straight gold records. “Daddy didn’t need me to promote him,” Hank Jr. said, but he got booed off stage when he started playing his own songs, and eventually overdosed due to the pressure he was put under trying to live in his father’s shadow. But he emerged victorious, giving Waylon a lot of credit. “There was nobody, NOBODY in this business that was more special to me than Waylon Jennings. He believed in ME,” Hank Jr. said.

Rosanne Cash was also profiled as another famous child of a country music superstar, especially through her first big hit, “Seven Year Ache” when she was married to Rodney Crowell. It was at this moment that you could palpably feel the style of country music make a seismic sound shift, though the film didn’t stop to make that point. From “Seven Year Ache,” to Dolly Parton’s “Here You Come Again,” Willie Nelson’s Stardust record, and even the recording of “Pancho and Lefty” by Willie Nelson and Merle Haggard, heavy keyboard, and very little twang helped usher country music into the 80’s, along with the continued influence of Billy Sherrill’s Countrypolitan sound in the form of George Jones’s “He Stopped Loving Her Today”–a song many consider the greatest in country history.

Billy Sherrill recalled about the recording, “Word for word, after I played him the finished product, so help me God, Jones said, ‘You’ve got your record. But listen, SON, nobody would ever buy that morbid son-of-a-bitch.”

This didn’t stop Jones from becoming destitute in the period leading up to his resurgence in the early 80’s. At one point Jones weighed less than 100 pounds and was living in his car.

Dolly Parton also made an important point as she received more attention near the end of the episode, saying, “I never had a problem being a woman. That’s always worked for me more than it’s worked against me. I always believed that I was strong in myself and strong in my work. I do know and I have seen that it can be a hindrance … [but] I’m not offended by all the dumb blonde jokes, because I’m not dumb. And I’m not blonde, either.”

If you’re looking for who they left out in Episode 7, the list is long. Near the end, they gave quick mentions to Ronnie Milsap, The Oak Ridge Boys, Alabama, Barbara Mandrell, and Kenny Rogers, but no way in a worthy measure of any of the legacies of these performers. Some may be revisited in the final Episode 8, some may not. But Billy Joe Shaver felt like a glaring omission with his ties to Waylon. Don Williams was only seen from the back in a picture where if you didn’t notice his signature hat, you wouldn’t have known it was him at all. And though many have long lists of those who’ve been “snubbed” by this documentary, the performer that has the biggest beef for not being paid proper due is Conway Twitty, who logged 44 #1 singles, and once again was simply referred to as a “former rockabilly star” in this episode, as opposed to one of the most successful performers in country music history.

But unlike Episode 6, which spent too much time on Johnny Cash, Bob Dylan, and extraneous concerns about the Vietnam War, Episode 7 was power packed with important country music information and profiles. Many will complain about who was missed. But Ken Burns did great justice to the artists and moments that did make it.

This was emphasized most demonstrably by the final segment that helped underscore the importance of Emmylou Harris and Gram Parsons to country music. The story was told of Willie Nelson’s daughter showing her father a copy of “Pancho & Lefty” that Emmylou had recorded way before Willie and Merle Haggard did. It was 4 in the morning, and Willie woke up Merle on his bus to record the song. Gram Parsons turned Emmylou Harris onto the beauty of country music when she was a folk singer living in Washington D.C. After the death of Gram, Emmylou went on a quest to share her newfound love for country with the rest of the world by covering many country standards, and some that would soon become them like “Pancho & Lefty.” Emmylou said she was obsessed to the point of annoying people about it, and it ultimately led to Willie and Merle recording a track written by Townes Van Zandt, which became Van Zandt’s first and only #1 song, and solidified his place in history.

The pace of the Ken Burns Country Music documentary has felt frenetic, and it will only speed up more as they try to encapsulate a dozen years in country music in the final episode. But the stories that are being told are handled with depth, passion, and reverence. Watching Episode 7, it seems scandalous that Hank Williams Jr. still isn’t in the Hall of Fame. And by framing Gram Parsons as a seminal ambassador of the music—and the man who single handedly turned Emmylou on to the power of country—it doesn’t feel unreasonable that he should be seriously considered too, especially since Emmylou is in already.

The only major issue with Episode 7 is that once again it felt too short, even though it was the longest one. But so goes the passion for the involved narrative that is the story of country music.

Episodes 1 thru 7 can now be streamed online.