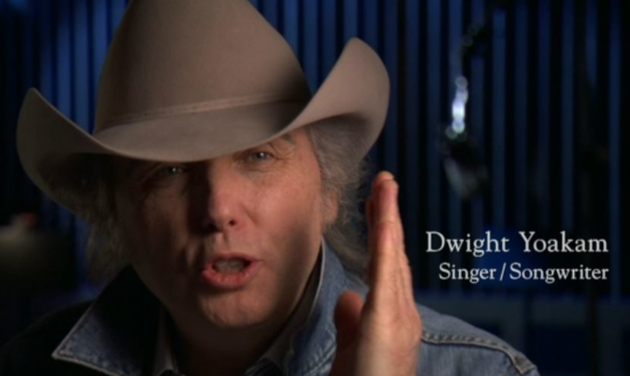 The fifth installment of the Ken Burns country music documentary zeroed in on the time period between 1964 and 1968, when the United States at large began to be embroiled in tumultuous times, and two separate epicenters in country music began to emerge. Arguably the most egalitarian of the episodes so far, “The Sons and Daughters of America” as it was titled may have started and ended again with the story of Johnny Cash, but it also spent ample time telling the stories of Roger Miller, The Ryman Auditorium, Buck Owens and the Bakersfield Sound, Merle Haggard, Charley Pride, Loretta Lynn, Connie Smith, Bobbie Gentry, Jeannie C. Riley, and many others, including delving into the early portions Dolly Parton’s career. Though some will continue to complain the series hasn’t covered enough performers despite its 16 1/2-hour running time, it’s not from lack of not trying.

After first propping up the legacy of Johnny Cash as a man sworn to social justice and open-heartedness from his friendship with Bob Dylan and the championing of Native Americans through his record Bitter Tears and the story of Ira Hayes, Cash was also portrayed as a pill-popping absentee husband and father who in the middle of the portions of the 60’s was missing just as many engagements as he was making, and failed to chart a single hit. Footage from Cash’s appearance on folk singer Pete Seeger’s television show was hard to watch as Cash thrashed around, clearly very wired on amphetamine pills.

But according to country historian and WSM personality Ralph Emery, nobody took more pills back in the day than Roger Miller. “You’ve got to be careful where you keep your change, and where you keep your pills,” Emery recalls Roger Miller saying. “I got confused, and before I knew it, I’d taken 35 cents.” This was one of many anecdotes about the enigmatic singer and songwriter who has become the favorite of many over the years from both his funny and heartfelt songs.

Following up where Episode 4 left off, Music Row’s “A-Team” of go-to session players were paid specific attention to, especially steel guitar player Lloyd Green, who got a moment to play a little steel live as part of his interview. “It was an assembly line process,” said Green of The Nashville Sound era in country music. “But the magical moments were really magical.”

This set the table for the introduction of The Bakersfield Sound, and especially Buck Owens and his Buckaroos. Originally born in Texas and migrating to California as an “Okie,” Buck Owens considered The Nashville Sound “Soft, easy, sweet recordings, and then they pour a gallon of maple syrup over it … I always wanted to sound like a locomotive coming right through the front room.” And he did so with lead guitarist and harmony singer Don Rich, specifically catering their sound to AM radio with twangy treble tones, and making country music cool for many through their association with the Beatles who recorded “Act Naturally.”

The film also talked about the “Buck Owens Pledge” he posted in Music City News at the time. How many of today’s country artists would ascribe to something similar? 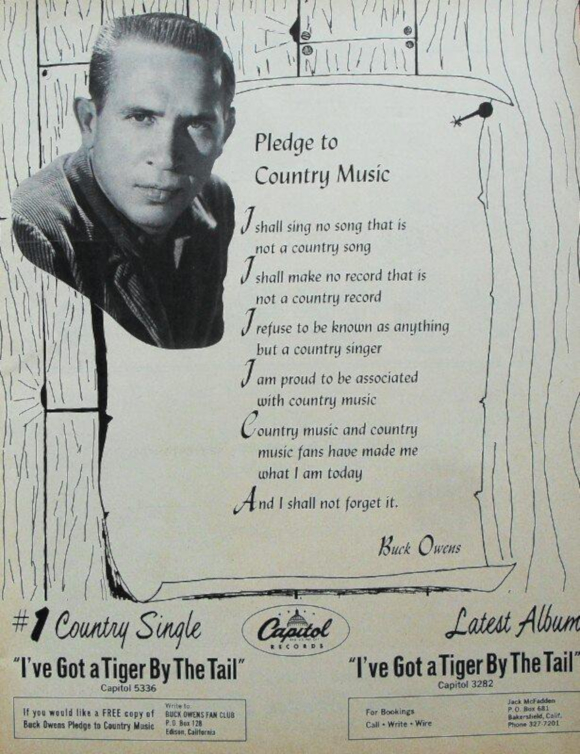 Loretta Lynn was also revisited, and deeply in the episode. Unlike the other artists in Nashville at the time, Lynn’s producer Owen Bradley encouraged her to write her own songs, and didn’t try to polish up her music with strings and choruses. The result was some of the most honest, and forward-thinking songs of the era, giving a voice to women in a way even rock n’ roll wasn’t doing at the time. Lynn’s catalog gave plenty of material for Ken Burns to delve into the cultural revolution happening in the United States at large in the mid and late 60’s, which segued well into the career of Charley Pride.

Though the big points of Charley Pride’s early career were all touched on—including how he played in the Negro Leagues of baseball and later the minor leagues of MLB before becoming a country star—his relationship with Faron Young was specifically singled out. Faron was the most opinionated of the country stars at the time (and the most racist, it was inferred), but counter-intuitive to his reputation, Pride ended up going over well with Faron, with the “Hello Walls” singer concluding, “Charley Pride, you sing a fine song,” and even defended Pride when a DJ said he wouldn’t play Charley because he was black.

Even though early promo materials tried to hide the fact that Pride was African American, eventually he went to be widely accepted in the genre. Ralph Emery—who had a few great anecdotes in the episode—told the story of Charley Pride walking out on stage for the first time for a big audience in Detroit, Pride cracking a joke about his permanent tan, and winning over the crowd immediately. Pride went on to be embraced as a Grand Ole Opry member and CMA winner, with race not seen as a significant factor.

Though the presence of Wynton Marsalis has been questioned in this documentary, he made a good point surrounding Charley Pride’s story, saying, “The musicians accepted [black performers] when the culture did not accept. There’s a truth in the music. And it’s too bad that we as a culture have not been able to address that truth. The art tells more of a tale of us coming together.” Again, race in country music, in both it’s ugly and positive sides, was done justice by Ken Burns in the episode, despite some criticisms in early reviews that the issue wasn’t broached properly in the film.

Nobody would question Dwight Yoakam’s presence in this film (though he did flub some lyrics in his first appearance). His cannonizing of Merle Haggard in Episode 5 made for one of the most touching moments of of the film so far, for the audience, and for Yoakam himself when he became choked up reciting the lyrics of Haggard’s “Holding Things Together.”

“Merle Haggard is one of the greatest poets ever in American music, independent of genre,” Yoakam proclaimed in the episode, and sang numerous lines from Haggard songs as the story of The Hag—from being raised in a boxcar, becoming a juvenile delinquent and escaping from jail 17 times, and reforming himself in San Quentin—unfolded in the film. “I think for me, just Merle Haggard all by himself saved country music,” Ronnie Milsap said, while Emmylou Harris said you could use any Merle Haggard record to define what country music is.

Another high point of the episode was Marty Stuart recalling the first time he ever met future wife Connie Smith. She was a fast-rising country star, and he was just a kid at the time. But he said to himself, “I’m going to marry her someday.” And 25 years later, he did. Marty Stuart speaking about how the Grand Ole Opry had become the place for “The Sons and Daughters of America” is where the episode derived its name. Stuart continues to be one of the best assets of this film, and hopefully his presence turns some people on to his music, which is just as impressive.

Episode 5 of the Country Music documentary tried to cover a lot of ground, and did so admirably. There will still be people complaining about what was not touched on, including artists and subjects that will be covered in future installments. And just like in Episode 4 when a little too much time was spend on rock n’ roll, perhaps the folk and counterculture moments could have been dialed back just a bit to get one or two more mentions of country legends in.

The episode concludes with Johnny Cash finally getting sober, playing his legendary concert at San Quentin that was turned into one of the most iconic country music records ever, and eventually marrying June Carter.

For those wondering how in the world George Jones and Tammy Wynette haven’t been covered yet, they are the focus in the first part of Episode 6 to air Tuesday, as is Kris Kristofferson, another African American performer in Stoney Edwards, along with many other artists as Country Music heads into the 70’s.

Episodes 1 thru 5 can now be streamed online.