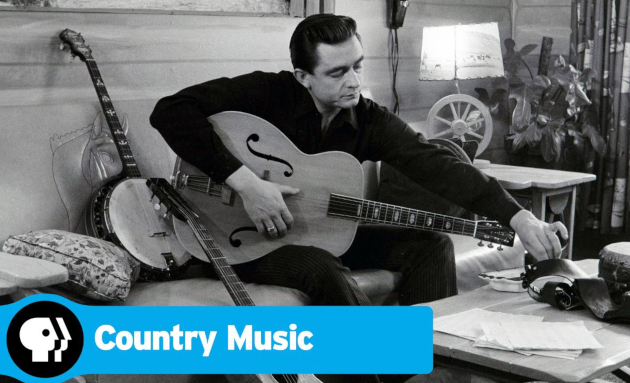 The conflicts and concerns that roil country music today are the same concerns that have always been present in the genre—creative freedom vs. commercial application, traditional vs. contemporary, popularity vs. authenticity, and the push and pull of influences outside of country music affecting what happens inside of it. Or at least it’s always been that way since the 1950’s when a few heavy handed producers in Chet Atkins and Owens Bradley set up shop on 16th Avenue in Nashville, later to be known as Music Row, and began implementing a system of music manufacturing that is still very much in place today some 70 years later, and in the same location.

The fourth installment of the eight-part Ken Burns documentary on country music laid out in no uncertain terms how country music became a well-ordered business in the aftermath of the death of Hank Williams, and during the rise of rock n’ roll as the most popular genre in America, putting pressure on country music’s role in American culture. Country music stations across the United States initially went from over 600 down to only 85 during the rise of rock. The CMA was formed specifically to deal with the dwindling popularity of the genre, and Chet Atkins and Owen Bradley began to implement a more genteel style of country pop in the studio to deal with the crisis, bringing in strings and chorus lines to form “The Nashville Sound,” which Chet famously illustrated by jangling the change in his pocket. It was all about the money.

Meanwhile country music became married with the emerging rock ‘n roll sound through the rise of rockabilly, and the influence of Sun Studios in Memphis. This is where Johnny Cash emerged from, and it’s the reason Elvis Presley is in the Country Music Hall of Fame. Early on, whether you considered Elvis country or rock was a matter of opinion. He was cutting songs from Billy Monroe and Carl Perkins, and Sam Phillips of Sun Studios was bragging, “I knocked the shit out of the color line.” Wanda Jackson also came into the picture, and whether you called it country, rockabilly, or downright rock n’ roll, it was setting crowds on fire.

Episode 4 called “I Can’t Stop Loving You” may have been titled after a song popularized by Ray Charles, and written by Don Gibson (who received curiously little attention in the two hours), but the emerging story of Johnny Cash and the popularity of Patsy Cline played the pivotal roles in the installment. The devoutness Cash felt to his first wife Vivian, who he sang to in the song “I Walk The Line,” would soon be replaced by the passion found in “Ring Of Fire” as an affair was kindled with June Carter, who wrote the famous song with Merle Kilgore. Cash’s early music, unlike his Nashville counterparts, had the beat and soul of Memphis behind it.

But even though many artists adapted their sounds during the era to survive—either toward rock n’ roll or The Nashville Sound—some refused to. As Peter Coyote explains, Ray Price’s response was to double down and stick closer to his country roots, adding more fiddles to his outfit as opposed to taking them out. Jean Shepard also refused to surrender from what she believed was the authentic country sound where fiddle and steel guitar must be present. And Loretta Lynn, who is also introduced in the episode, brought her four kids and a true country songs from Butcher Holler via the Pacific Northwest to Nashville, sparking up a friendship with Patsy Cline, and starting what would turn out to be a Hall of Fame career.

Willie Nelson was also introduced in Episode 4—the opening being his role as the songwriter of Patsy’s massive hit, “Crazy.” And as country artists were beginning to lose control over their music, Ray Charles, who had just won creative control over his after 10 years under his recording contract, decided out-of-the-blue to cut a country music record, which Willie Nelson gave credit for spreading the love of country like never before. Vince Gill said in the film, “That was a huge record for us, maybe even more so than for Ray for us to be able to hang our hat on how soulful this music could be.”

As perilous as the period covered in this episode starts off for country, it ends up becoming more hopeful as crowds start to crave older songs. As pointed out, it ironically was the folk outfit The Kingston Trio and their song “Tom Dooley” originally from the 20’s that won the first country music Grammy Award. It was a precursor to a shift in the younger audience yearning for an older sound embodied in the emerging folk revival that country would also be a beneficiary of. “Nostalgia has been one of the basic staples of country music throughout its history because there was a realistic awareness that the old way of life was disappearing,” writer Bill C. Malone of the book Country Music USA explained. It’s Malone’s book that the documentary is loosely based around.

Just as conflict has been an eternal in country music, so has tragedy. Episode 3 concluded with the death of “The Hillbilly Shakespeare,” Hank Williams. Episode 4 tested out your tear ducts with the passing of Patsy Cline, Cowboy Copas, and Hawkshaw Hawkins in Patsy’s 4-passenger plane on route back to Nashville from of all things, a benefit concert for a DJ in Kansas City. The country music community had come together to help one of its own, and it ended in the greatest tragedy of country music at that time.

The detail with which the story of the Patsy Cline plane crash unfolds is what makes this particular account in Country Music so moving. Jean Shepard was 8 months pregnant with Hawkshaw Hawkins’ baby at the time of the crash. Songwriter and performer Roger Miller was the one who first found the crash site after he had joined first responders looking for wreckage. And as Ken Burns and his production crew have done numerous times in the series, it’s the photos that really drive home the story—Hawkshaw’s guitar strap found in the debris, the image of Patsy’s body wrapped in a white sheet being taken from the crash site on a stretcher.

It’s not just the music that makes country such compelling subject matter, and something that rises beyond a simple genre designation for a certain type of music. It’s the stories of the artists, and the elongated narrative unfolding like an epic almost too unbelievable to be true, full of all the love and tragedy of a fictional novel. It’s also what Ken Burns continues to capture on one compelling episode after another in this film.

Episodes 1 thru 4 can now be streamed online. The documentary pauses for a few days, and will resume on Sunday, September 22nd.