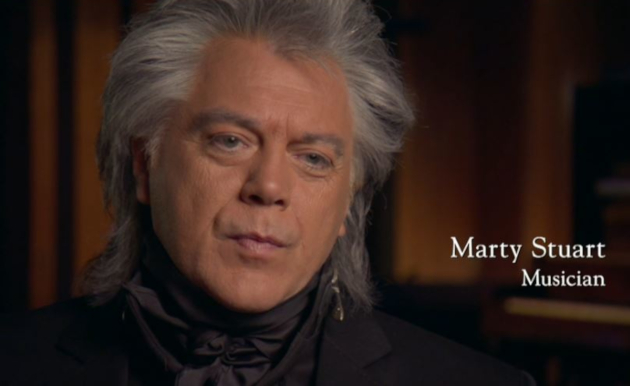 The first episode of the Ken Burns Country Music documentary tasked itself to define what country music is by delving deep into its origins and original purveyors. The second episode called “Hard Times” began the work of explaining why the music means so much to so many people. As Marty Stuart said eloquently early on in the episode, “I think hard times and country music we were born for each other. There’s a strange hope and faith in country music, even in songs that have nothing to do with faith and hope.”

Country music is the story of America, and the pain and suffering of the 1930s is when country music stepped up to tell the stories of America’s poor and displaced, as well as give them respite and diversion through entertainment. Where the first episode of the documentary was more biographical and informative, the second was more touching and resonant. Some wondered how you would fill an entire episode from where the first one left off and still not even get to Hank Williams. But by the end of “Hard Times,” you wished there was another hour left to go.

The episode started in earnest with the commentary of Don Maddox—the fiddle player for the Maddox Brothers and Rose, and the current oldest living link to country music’s historic past, who still resides in southern Oregon. The story is told of how the Maddox family migrated from Alabama to California to become “The World’s Most Colorful Hillbilly Band,” and one of its most important and influential bands of country music history too. Don Maddox has been featured here on Saving Country Music numerous times, and the inclusion of the Maddox Brothers and Rose in this documentary once again highlights what a travesty it is that they’re still not in the Country Music Hall of Fame.

Before Hank Williams would help usher in country music’s Golden Era, it would be stars such as Bob Wills and his Texas Playboys, the Grand Ole Opry’s Roy Acuff, and the silver screen’s Gene Autry that would help popularize country music like never before, and add Western influences to it. The Sons of the Pioneers and Roy Rogers also come into play, as do the Monroe Brothers and Bill Monroe’s Bluegrass Boys.

Meanwhile The Carter Family would set up shop in Del Rio, Texas to take advantage of a renegade radio station set up across the border in Mexico to circumvent US broadcast limitations. Drama within The Carter Family also played an important part of the episode, and it was shocking to hear that the original lineup never had the opportunity to play the Grand Ole Opry. However the family band’s influence was spread far and wide on the wings of renegade radio, reaching a young Waylon Jennings, Chet Atkins, and Johnny Cash and their respective homes across America, solidifying what country music was to them and everyone else.

Race once again played an important role in the episode. As was explained by Ray Benson of Asleep at the Wheel, Bob Wills was influenced by black blues artists, as well as Mexican Americans. Bill Monroe also had black performers in his stable of influencers. It was also illustrated how country music performers often worked to take care of their African American counterparts, specifically the Delmore Brothers who would sometimes drive dozens of miles out of their way just so they could sit at the same table with touring buddy DeFord Bailey. Ultimately the original Opry performer was removed from the institution, possibly just as much due to song publishing issues as race, but was paid proper respects years later for the Opry’s 40th anniversary, and brought back into the fold.

Much time was also spent on Minnie Pearl, who you can’t help but love even more through her story of sophisticate turned comedian who made a career of becoming her own punchline. The episode concludes with the onset of World War II, and the enlistment of many country legends, including Bob Wills, his guitarist Tommy Duncan, Roy Acuff, and 20 members of Chicago’s Barn Dance program, which at the time was bigger than the Grand Ole Opry.

As a whole, the second episode might even inch ahead of the impressive episode 1 due to the more emotional components of the material covered—components that also make country music so compelling. It was all so good to see commentary by Jean Shepard and Mac Wiseman, who have recently passed, as well as Vince Gill and Opry announcer Eddie Stubbs.

As Marty Stuart alluded to, country music gives us strength through our shared misery. The second installment of the Ken Burns Country Music documentary encapsulated and Illustrated this well.

Episode 2 can now be streamed online. The next episode is titled “The Hillbilly Shakespeare,” and is primarily about Hank Williams. It will air on his birthday.