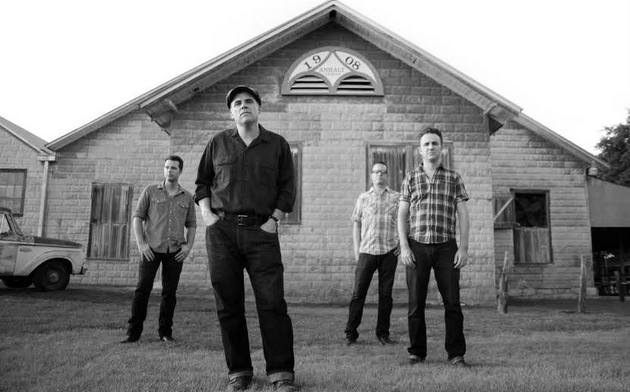 There were plenty of throwback rock and roll soul albums released in 2015 if you were so inclined to go looking for them. JD McPherson continues to command the 50’s-style rock and roll space, and offloaded an admirable new record this year in Let The Good Times Roll. Leon Bridges was one of the biggest success stories of 2015, garnering Grammy nominations and appearing on Saturday Night Live. Anderson East, working with Dave Cobb, has put together a great start to his career as well. And that’s just the beginning.

Perhaps you’ve never heard of The Bellfuries, but they’re far from new. Their first release was way back in 2001, though they’ve not been particularly prolific over that run. Workingman’s Bellfuries is just their third proper release. They took their sweet time on this one, and good things have come to those Bellfuries fans who waited patiently.

The problem with some of these rock and roll acts is they lean too heavy on nostalgia. You still have to write a good song, and perform that song with some originality, even if you’ve decided to work within the rigid frame of a previous musical era. And that’s what Bellfuries songwriter and frontman Joey Simeone does on Workingman’s Bellfuries. 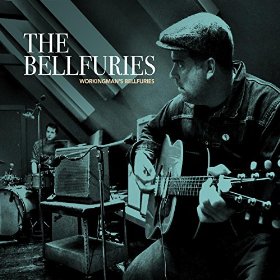 Forget what you should call this music, if it fits in Americana, or if a country website should even be talking about it. The songs themselves are excellent, and truthfully, shoving the music and arrangements to the side for a moment, if you would call the songs of Workingman’s Bellfuries anything, you might have to call them country. Simple sentiments delivered with such poetic grace, it reminds one of old school Hank, or the heart wrenching work from Lucinda Williams. The title of this album is in part an homage to the Grateful Dead’s country music turn in 1968 with their record Workingman’s Dead. So it’s only fitting this work would find a lot of appeal to country listeners.

Songs like “Bad Seed Sewn,” “Why Dow You Haunt Me,” and “Beaumont Blues” are straight out of the blue collar and rural experience if any song ever was, yet they’re delivered with an original voice, and in the context of old school rock which gives them a fresh perspective. There’s a lot of Everly Brothers in this record, breaking down barriers between rock and country not by diluting both to where you can’t tell the difference, but by taking the best of both and combining them together.

“Under The Light of the Moon” is more of a country song in the writing and music than it is anything else. And then they turn right around and kick it up a notch with “Baltimore,” which exudes the unhinged energy of essential Nick Curran. Workingman’s Bellfuries was produced by Jimmy Sutton, who is one of the magic makers behind the sound of JD McPherson and others. Sutton is the behind-the-scenes fulcrum of the old school rock and roll resurgence, and his involvement in anything makes it more worthy of paying attention. Sutton also produced Pokey Lafarge’s new album Something In The Water.

And you can tell that by taking seven years to let the material of this record mature, every melody, every turn in the chord progression was meticulously pondered, battle tested in the clubs of Austin, TX, and refined before it founds its way on tape. The recordings are also spared the notion that music has to sound old and scratchy to be authentic, and the crispness is fetching, as is Joey Simeone’s tone and phrasing. Joey really sings the hell out of this record and puts a lot of love behind it.

You won’t find Workingman’s Bellfuries cresting the top of any of the big music outlet’s end-of-year lists like Leon Bridges, or see the band up for Americana honors like JD McPherson. But Workingman’s Bellfuries gives up nothing to their contemporaries in the old school rock and roll realm, if it doesn’t set the bar at a new level.