Roger Alan Wade Takes A Ride On A “Southbound Train” 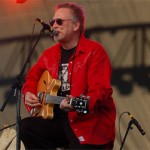 Not everybody can pick up a guitar, cue up a microphone, and cut a baker’s dozen of songs completely dry with no enhancements or accompaniments and call it a record. Then again, not everyone can write like Chattanooga’s patron saint of country music, Roger Alan Wade.

Known to some as the behind-the-scenes songwriter that wrote Hank Jr.’s #1 hit “Country State of Mind” and songs for Waylon Jennings, Johnny Cash, and George Jones; and known to others as Johnny Knoxville’s first cousin who penned music for the Jackass movie franchise, and funny songs like “Poontang” and “But Ugly Slut,” Roger Alan Wade is both prolific and versatile to say the least. But from this bear’s perspective, Wade’s best work comes when he tries to be neither commercial nor comical and just simply writes from the heart. That’s what we got from his release Deguello Motel that went on to become Saving Country Music’s co-Album of the Year in 2010, and that’s what we get on Southbound Train.

Southbound Train is a reflective album that doesn’t shy away from having a little fun. It doesn’t take the fully conceptualized approach that Deguello Motel did with a universal thread running along the backbone of every song, though it does delve into the same waters of exploring the depths of human emotion, moral decay, redemption, and cool reflection. There’s a lot of mortality on Southbound Train as well, with the title track serving as a symbolic request of what to do with Roger’s soul when he passes, and the sweet “Too Long Is The Time” bemoaning the space in eternity when souls matched on earth must wait between death to reunite. 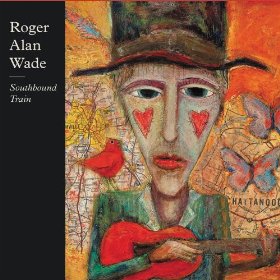 “If Guitars Were Guns” is a boot-kicking good time. “I play what I please, out-of-tune and out-of-time. If guitars were guns, I’d be Jesse James. Out stealing the show, like robbing them trains.”–a proclamation that would come across as silly, cocksure bravado from a younger guitar picker. But from Roger Alan Wade, is simply badass. “Wine Dripping From Your Lips” is another fun one, with Roger reaching that sweet spot in his range where his passion really shines through in his vocals.

The gem of the album though is the nostalgic and transporting “Chickamuga Creek” that despite the specifics in the song, jars the warmest of moments of the individual listener’s memory and allows them to rise to the surface. The other gem is the all-encompassing and epic “Chillicothe Rain.” This is the song where Roger conveys the underlying theme that has defined his serious work since he found his sobriety and re-energized faith. In a non-judgemental, non-pushy way, Roger transmits the wisdom of the importance of being willing to re-invent yourself in the mid-stream of life to find a more purposeful, fulfilling place. He accomplishes this through masterful songcraft. “Some people stay in hell, just because they know the names of the streets. Some lay their soul on the anvil and the hammer, that’s me.” Besides, how cool is it to figure out how to work the town name of “Chillicothe” into a song?

I do worry though as I did with Deguello Motel about the completely stripped-down nature of this album. The formula Wade has for recording is to get Johnny Knoxville in the studio with him as producer and to keep it simple. As much as this allows the listener to focus on the art of the song and it continues to be a successful approach, I can’t help but wonder what the experience would be if even on a few of the songs a full band was invited in to flesh them out, or if even a little harmony, a few light lead parts, or some percussion on a few tracks–kind of like Johnny Cash’s American Recordings did–if that may not better fulfill the destiny of these songs.

Regardless, Southbound Train once again reaffirms that Roger Alan Wade and the term “living legend” deserve to be mentioned closer together than farther apart. He is the continuation of both country music’s Outlaw legacy, and its songwriting maestro legacy. Chattanooga should be proud.