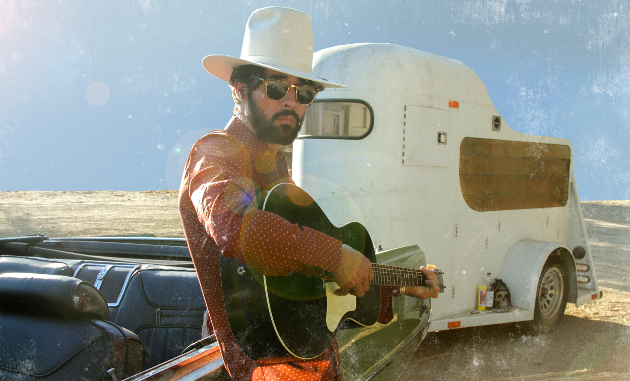 Wondering what the hell Ryan Bingham has been up to, and when we might get some news on his current doings? Well then today has been an embarrassment of riches for you. Not only has Ryan released his first new song in quite a few moons, announced his first album in four years, he’s also prepping tour plans for 2019, and preparing his own personally-curated festival. It’s about as much Bingham as you can bear.

Ryan has just released the new song “Wolves” (listen below), which the Grammy and Oscar winner says is about facing down the darkness and bullies in life. It’s the first track off his upcoming sixth studio record entitled American Love Song, which will be released on February 15th via his own Axster Bingham Records. The 15-track album was written in a remote cabin in his home state of New Mexico, and was co-produced by Charlie Sexton at Austin’s Arlyn Studios, with additional studio work completed in Los Angeles.

Bingham has also let it be known that he’s planning a big, full band tour for 2019, starting March 19 in Salt Lake City, UT (dates forthcoming), after he completes his acoustic tour finishing in California and Texas in the coming days. Even bigger, he’s helping to launch a new festival called The Western, which will take place at the legendary Luckenbach, TX.

In partnership with Live Nation, The Western is scheduled to take place April 12th and 13th, 2019. So far the acts scheduled to play are Colter Wall, Margo Price, Old 97’s, Jamestown Revival, Jai Malano, and The Americans, with more artists to be announced soon. One problem is that’s the same weekend as the 32-year-old Old Settler’s Festival, that also occurs in Central Texas, and appeals to much of the same crowd. Colter Wall played Old Settler’s Fest last year, for example.

In other Bingham news, Ryan continues to participate as a recurrent character in the current Paramount series Yellowstone helmed by Kevin Costner. He plays an ex-con named Walker who is recruited out of prison to work as a cowboy on the Yellowstone Ranch. The 2nd season is currently shooting in Montana and Utah. 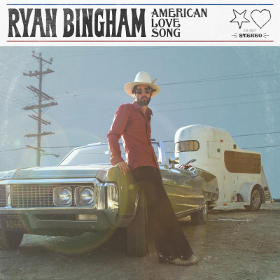 American Love Song can now be pre-ordered. More information on Ryan Bingham’s The Western Festival can be found at thewesternfestival.com .