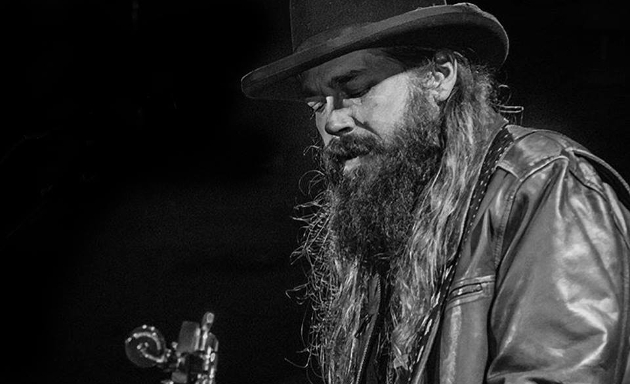 On the three-bearded hydra that is Cody Jinks, Whitey Morgan, and Ward Davis, Ward is the one you turn to when you’re looking for something more thoughtful, more introspective, and where the songwriting is the foremost concern. He’s more Sunday morning than Saturday night, and that might be why he’ll regularly play while the sun’s still shining at the festival, or as the show opener while you’re still sober enough to listen, not just hear. That’s also the reason Jinks and others have turned to Ward Davis to contribute to their own albums, and why his peers revere him so deeply, and keep him close. He helps challenge their own songwriting chops, and compels them to go deeper.

EPs are commonly crowded out in the cluttered music space by full-length releases and smash singles. They’re an also-ran metric of music, fair or not. That’s why caution should always be employed when approaching their release. Saving Country Music has been assured that Ward Davis does have a new long player on the way, possibly in late spring/early summer of 2019. But in the meantime, Ward had something he needed to express in musical form that couldn’t wait. It’s called Asunder.

“I wrote some songs while I was going through some shit,” Ward says plainly about the EP. “Also listened to a lot of Tom Petty. Here’s the end result. Kept hearing these songs in my head. Had to get em out.” 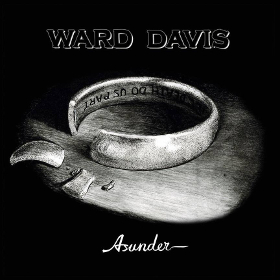 One of the challenges of EPs is how to build a compelling narrative and fully immerse your audience in the listening experience in only a few songs. Sure in the mainstream, music is now a singles-driven market. But for those who don’t just want an audio distraction on their way home from the office, you need to deliver a more engrossing effort. With the Asunder EP, Ward has navigated the most difficult challenge of an EP, which is saying a lot with a little.

In the four songs of Asunder, you’re taken on a engaging and compelling narrative arc that starts in the quiet desperation of a relationship that has clearly lost its magic, to the decision to move on, to the inevitable remorse, and the eventual resolution. These are the four phases of virtually any breakup, and the ones succinctly but acutely represented in Asunder. The broken wedding ring on the cover leaves little room for interpretation of what these songs are about, and what inspired them.

Ward is a just as much a keys player as a guitar picker, and instead of leaning solely on twang and grit with this EP, he puts the piano out front on the opening song “Live A Lie,” and uses it to set the pace on “Good and Drunk.” The Petty influence Ward referenced shows up in the final song “Time To Move On” with a Mike Campbell-sounding riff texturizing the track, along with the heavy harmonica. The song originally appeared on Petty’s Wildflowers.

But it’s the writing that makes the songs of the Asunder EP worth procuring. I’m not particularly privy to the Ward Davis gossip column and if these songs are autobiographical or a work of fiction. But either way, Ward puts you right in that perilous head space when your life is sent reeling at the disillusion of a marriage. There’s no winners here; no sense of relief. It’s just hard choices, harder lessons, and the emotional hangover. Ward accomplishes something on Asunder that many full-length albums fail to, which is to make you feel the emotional inspirations behind the songs.

If nothing else gets your attention from this EP, the song “Good and Drunk” should. This might be Ward Davis at his finest, mixing strong emotional storytelling with relatable, but cunning and insightful expression. Behind the piano is often where Ward is at his most introspective and honest.

These four songs could have made it onto a new, full-length record, and may have even received more attention there. But the story they tell together may have been diluted by everything else. In this instance, less is more, and allows the songs to form a bond with each other that achieves something greater than the sum of their parts. Asunder is not a master work, but it’s much more than something to tide you over for a bigger release six months from now. It falls under the exception of when it’s smart to release an EP, and when four songs can be better than more songs, especially when timing is critical for them to capture their original muse.