Ryan Engleman of Turnpike Troubadours to Play with Reckless Kelly 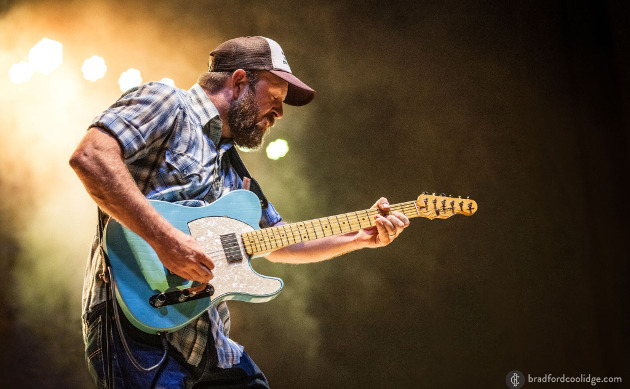 The Turnpike Troubadours may be on indefinite hiatus at the moment, but you’ll get to see the band’s hot shit guitar player Ryan Engleman soon at a Reckless Kelly show near you. After the departure of long-time Reckless Kelly guitarist David Abeyta in February, it has been a revolving cast of characters filling the big shoes that Abeyta vacated after some 20 years in the band. Now Ryan Engleman will be the latest to plug that gap.

After the departure of David Abeyta from Reckless Kelly, solo performer and regular tour mate Jeff Crosby has been filling in with the band for the most part. Guitarist Matt Gracy known for playing with Jamie Lin Wilson and others also joined the band for a three week run in April. Dustin Schaefer, who left The Black Lillies in March, was also assigned to fill-in duties, but has most recently been touring with Shane Smith & The Saints. Jeff Crosby is currently playing with Reckless Kelly, and will continue up to their preeminent event of the year, the Braun Brothers Reunion in Idaho August 8th-10th. After that, Ryan Engleman will be the guy slinging Reckless Kelly guitar “for a few months,” the band says.

Ryan Engleman is respected as both a guitar player and person throughout Texas music, Red Dirt, and beyond. Able to bring a rock edge and attitude while still remaining grounded to the roots of country, he was fundamental to forging the infectious sound of the Turnpike Troubadours. Known for propping his boot on the monitor speaker and whipping up crowds, he will fit in well with Reckless Kelly’s sound that veers more rock that Turnpike, but still carries a country music underpinning. Engleman also played some steel guitar in the Turnpike Troubadours before they hired permanent steel/accordion player Hammerin’ Hank Early.

Ryan Engleman is not the only Turnpike Troubadours name that has come up recently. Evan Felker helped co-write the title track to Charley Crockett’s recently-announced album The Valley, and Turnpike fiddle player Kyle Nix plays on Crockett’s new song “Borrowed Time.” Bassist and songwriter RC Edwards has been busy with his side project RC and the Ambers, which has been playing numerous shows around Oklahoma recently, and Kyle Nix has also played with them upon occasion.