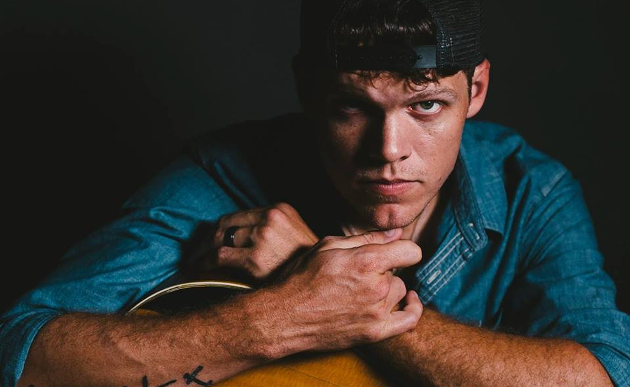 Texas music artist Sam Riggs was kicked out of last week’s Larry Joe Taylor Festival for lighting his guitar on fire and smashing it on stage on Wednesday night (4-26), despite being told not to prior to the event. Larry Joe Taylor’s wife Sherry told Saving Country Music on Sunday (5-2) that the Sam Riggs camp had requested six months before the performance if Sam could incorporate fire into his show, and was expressly told by the festival “no.” Even after the denied request and concerns from the Larry Joe Taylor staff, the tour manager for Sam Riggs misled to the stage manager of the event after the stage manager became concerned fire would be used in the show when a fire extinguisher was brought on stage.

Gasoline was used to light the guitar on fire as opposed to a more proper accelerant for stage purposes, and subsequently Sam Riggs fans and surrogates misled the public, saying that Sam had requested and received prior approval from the Larry Joe Taylor Festival to burn the guitar. Sam Riggs has also subsequently publicly denied getting kicked out of the festival, and has said he will not apologize for the incident.

On Tuesday morning (5-2), Sam Riggs released a statement about the matter, after saying there was, “Lots of untruths and BS out there right now” specific to Saving Country Music’s reporting on the incident. Here is Riggs’ statement verbatim.

Back when I was asked to be on the festival for 2017, I asked if I could use pyrotechnics during my set. The answer was a resounding “no”.  I have a passion for the stage and I love giving the crowd a show, so I chose to use fire during my set regardless by setting a damaged and broken guitar on fire on stage. I had a fire extinguisher standing by, and while I did not advise anyone from my staff to lie about what it was to be used for, my tour manager told the LJT stage manager that “it was a safety precaution because we were having issues with our sound equipment.”  So the dishonesty involving my crew did take place and I am ultimately responsible for actions they take on my behalf.

I did all of this without permission, and at my own accord, which put the LJT Fest at a huge risk. I have a lot of passion for music, my fans, and the live show, so I mentally justified my decision without going through the proper channels.  I have the utmost respect for the Taylor family, and I realize that my actions put the festival and the fans at risk. My actions came off as disrespectful and even blasphemous to some, not only on the safety aspect of it but by destroying a musical instrument despite its condition.  This was certainly not my intention.

I sometimes have a tendency to get carried away on stage and this time it affected more than just me. I was asked to leave the property after my set, and did so promptly.  I was not escorted off the property, I peacefully left after the Taylors asked me to.

LJT Music Festival is a fun and safe place and should be regarded with respect. I will never apologize for my passion on stage, but I DO offer my utmost apologies to the Taylor family for crossing a line they’d clearly drawn, for putting anyone at risk.

Arguably the largest festival in the Texas music scene, the Larry Joe Taylor Festival sees over 50,000 attendees over the week long event at the Melody Mountain Ranch in Stephenville, TX.