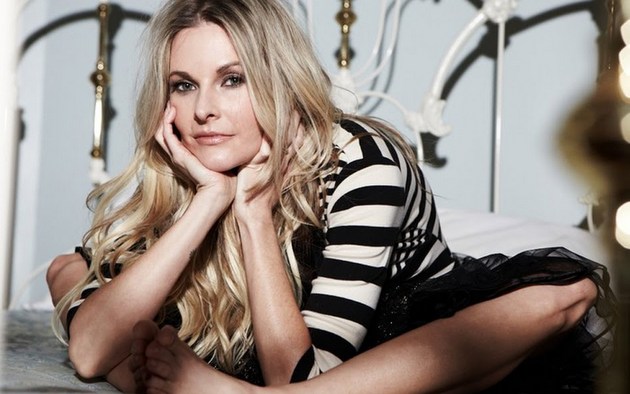 We already knew Elizabeth Cook was bat shit crazy, and that’s what we love about her. But apparently this whole damn time she was also the paganistic embodiment of the dark overlord in country music and we never knew. She’s even been performing Satanic rituals on the Grand Ole Opry stage as we all listened along on WSM completely unbeknownst. But lucky for us, a YouTube Crusader under the handle of “ColCasperUK” has called out Elizabeth Cook and the Grand Ole Opry for their deviant, Satanic behavior in a new video that is as full of incidental comedy as a Florida Georgia Line performance.

“Now she may not be popular but she does have a following big enough where she’s on the Grand Ole Opry,” the video begins. Jeez, that’s a backhanded compliment if there ever was one. “Popular” is in the eye of the beholder there ColCasperUK. But yes, she’s no Carrie Underwood.

Then he goes on to drop some fairly meaty country music knowledge. “I believe they are desperate. The bigger acts aren’t going on the stage as much as they were before they move to the Opry house from the Ryman,” he says. Well look at the country music brains on ColCasperUK. But he’s still pretty wrong. The Grand Ole Opry moved from the Ryman in 1974, and was still going strong with “popular” talent until the last half dozen or so years. But let’s not bog down before we get to the juicy stuff…

The bits and pieces of Elizabeth Cook’s life that this loser decides to highlight is really where the video gets rich. A Grand Ole Opry promo photo that only shows one of Elizabeth’s eyes while the other is behind her hair? “Yes, this woman is pagan,” says our Godly narrator based on this damning evidence. He then razzes on a summer solstice photo in an Instagram post from two years ago, and then on a Twitter post from 2012. Really, a Twitter post from three years ago? Is this guy investigating Elizabeth Cook or stalking her? I don’t think he’s trying to expose her, I think he’s got a hard on for her.

Our God-fearing flight attendant into the world of the religious weird also jumped Elizabeth Cook’s ass for wearing a white outfit and playing a black guitar. He says it has something to do with Masons or something, but I watched that part of the video three times and still don’t know what the hell his point is and wish I had those moments of my life back.

He also calls a heart symbol a “pagan love symbol,” and pointed out on a live tour poster for Elizabeth Cook that “live” spelled backwards spells “evil.” What’s even more sad is that someone, somewhere had their mind blown by this revelation.

Huh, they left that part out when I took the guided tour of the the Opry House last time. “It’s one of the most Satanic rituals, and it’s all tied to country music,” he says.

Well if nothing else, it makes country music sound a lot more cool to the metal kids.

I’m not mad at ColCasperUK for exposing Elizabeth Cook as a Satanist. Frankly I feel like I owe him a beer for all of the entertainment he has brought to my life with his video (except for that Masonic crap, what a snooze fest). If anything I’m mad at him for trying to straighten Elizabeth Cook’s crooked wings. She’s a little off kilter, and that’s what we love about her, so quit trying to right the Tower of Pisa. If anything is blasphemous, it’s that Elizabeth Cook has performed on the Opry over 300 times and is still not a member. Seriously, someone take to YouTube and rant on that.

Besides, we all know the true Antichrist of country music is Scott Borchetta.

P.S. Someone should tell Mr. YouTube Crusader that Elizabeth’s last album was a gospel EP.