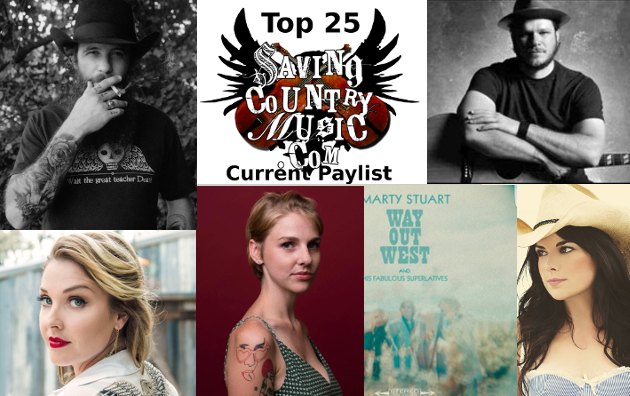 In an effort to create more portals to recommend more music, Saving Country Music has launched a Spotify Top 25 Playlist. Unlike other playlists posted by SCM previously, this one will be regularly augmented as time goes on with new tracks deemed worthy of distinction, and though it will likely parallel some of the music recommendations made on Saving Country Music proper, it won’t always, and may feature artists and songs that don’t receive reviews.

And no, there will not be any old country music songs on it, that is why it is called “current.” Perhaps a playlist featuring older songs will be launched in the future, but the focus here is stuff released in the last year or so mostly overlooked by the mainstream. Songs with staying power may remain for a good while, with others coming and going more quickly.

And for those of you music creators wanting a piece of what is sure to become prime country music internet real estate, I do accept payola. Hookers and blow is preferred, but strait up cash is always cool. Just remember this is my playlist, and I will put whomever the Sam Hill I want to put on it, puff my chest out and say these songs are the best, and challenge anyone who says otherwise to a test of skill and stamina of my choosing.

Don’t have Spotify? I apologize. Think Spotify is robbing songwriters? Well it’s robbing them more if nobody is pointing users to the good stuff. It is 2017 and this is the way of things. I’m not recommending anyone get Spotify, I’m just taking advantage of the tools at our disposal to try and push good music to the forefront. And even if you don’t have Spotify, you can find the inaugural playlist below to appreciate the recommendations vicariously.