Wait, What? Blake Shelton’s “Mission” Is To Expose More Traditional Country to America? 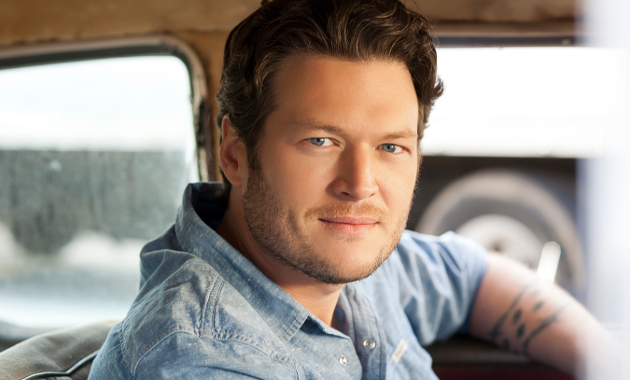 Last week I saw an article in The Tennessean entitled Blake Shelton’s Mission on The Voice: Keep Country Music Alive, and you know I had to click. Timed to coincide with the launch of the latest season of NBC’s The Voice, it wasn’t the title that floored me. Because after all, interpretations of what exactly you mean by “country music” can be quite far ranging, especially when you’re dealing with the mainstream perspective, and specifically Blake Shelton. It was the first sentence of the article, which read, “Blake Shelton is on a mission to expose more of America to traditional country music” that made me nearly fall out of my chair.

But you know what, after contemplating on it for a while and reading the article, it’s completely right. At least when it comes to Blake Shelton’s role on The Voice.

Though it pains me and many others to admit that the man who once named country music’s traditional country fans “Old Farts and Jackasses” has any hand in helping spread the cause of traditional country music, it is true. Sundance Head, Adam Wakefield, Craig Wayne Boyd, Mary Sarah, Jake Worthington, and Danielle Bradbery are just a few of the performers that while on Blake Shelton’s team on The Voice, performed classic country standards on one of the most highly-watched primetime television shows, sometimes allowing these songs to rocket up the charts, and serving them to an American audience thirsty for old country songs, and a new generation that identifies with the authenticity of classic country compared to more contemporary tracks.

Songs from Merle Haggard, George Jones, Johnny Cash, George Strait, and other legends—songs such as “Who’s Gonna Fill Their Shoes,” “Workin’ Man Blues,” “Fishin’ in the Dark,” “Okie from Muskogee,” “I Walk the Line” “Me and Jesus,” and “Maybe It Was Memphis” have all been highlighted on the show.

If you take a second to contemplate what is going on and try to extricate yourself from the emotional reaction caused by Blake Shelton and reality TV, it’s really quite incredible, and the proof is in the results. The Voice is not an oligarchy. Though the celebrity judges have great sway over how the audience ultimately votes, the public chooses the finalists and winners. And over the last few years, artists who rise through the competition covering classic country songs regularly reach the final, and a few ultimately win, while artists singing more contemporary country tracks rarely advance.

“I was saying, ‘I hate to tell ya this, but there’s a big piece of ground between Los Angeles and New York City, full of people that know these songs,’” Blake Shelton says in The Tennessean article, quoting himself in a battle with producers of The Voice to let his contestants perform older songs.

“For the producers and network executives who don’t know as much about country music to push him around would be silly,” says Paul Telegdy, the president of Reality TV for NBC Entertainment. “Now it’s, ‘Blake, you want to do Merle Haggard? You do Merle Haggard.’ What else are we going to do?”

And not only are these older country songs resonating with middle America, but Millennial viewers are also taking to iTunes to purchase them. “That was so exciting to me,” Shelton says, “that I did introduce a large portion of their viewing audience to some country music that they didn’t know about.”

At times Shelton has even spoken out on The Voice about the importance of country music and keeping it separate from other genres. In a March 2016 episode, in an argument with Adam Levine, Blake Shelton said, “I’m not sick of the fact that [country] is this exclusive club. And it’s up to us as country artists to protect who’s in that club. Otherwise, it gets too far away of what the heart and soul is of country music. If you don’t know where it comes from, how in the hell are you gonna know where it should go? That’s why we protect it.”

So what can we conclude from how The Voice shakes out on a regular season, and the acceptance all of these traditional country songs and artists find with a mainstream television audience? It’s that out there across the fruited plane of America, there is still an appetite for traditional country music, by the people who listened to it when they were young, and by younger audiences who are being exposed to it for the first time. Otherwise, we would not see finalists and winners year after year that rely on older country songs to get through America’s premier singing competition.

But the next question becomes, if The Voice is doing so well with traditional country music and performers, why can’t country radio, and country music’s mainstream do the same thing? As Blake Shelton said himself, “There’s a big piece of ground between Los Angeles and New York City, full of people that know these songs,” and yet they’re being systematically ignored.

Give all the credit you want to Blake Shelton for his work on The Voice, and he probably deserves a good deal of it. But if he’s such a champion of traditional country music, and such a student of the old songs, why don’t we see that reflected in the music he records and releases to the masses himself? Much of this dreck acts as a massive counterweight any of Shelton’s efforts on The Voice, and this is the stuff being served on mainstream country radio.

One sad and long-standing narrative for many of these contestants from The Voice, including, if not especially the ones that use traditional country to get to the finals, is that right after The Voice season ends, they sink right back into obscurity because there is no support network in place to make these performers into stars. They win a competition in which millions of people vote and view religiously, yet they can’t get one of their songs on country radio. You have ample evidence that an appetite exists for this traditional country music, yet country radio and Music Row is so stubborn, so slow to react, and so mired in its outmoded system of serving music to the public, none of it raises a blip on their radar whatsoever.

You would think that the day after a big moment on The Voice could at least be recapped on country radio. Don’t they want to be topical? But even if one of these contestants wanted to release a single to country radio, it would literally take months for it even populate throughout the system, let alone make a dent in playlists. We saw this with Chris Stapleton’s “Tennessee Whiskey,” another country music classic that resonated mightily among the listening population, but never even made it to country radio because there was no mechanism for it to get there.

All the evidence is there: from the success of traditional songs and contestant’s on The Voice, to the success of artists like Chris Stapleton and Sturgill Simpson, to in-depth radio studies that say listeners want more traditional country on country radio, to Blake Shelton’s own words. Traditional country fans are being incredibly underserved, and could offer a huge boon of new support to country radio and Music Row if they would just recognize them. Yet when it comes to the music of the mainstream, including, if not especially the music of Blake Shelton, it’s the same trend-chasing, and demographic pandering to the same narrow niche of listeners that don’t really like country music anyway that has put the entire business model of country radio on precarious footing.

Kudos to Blake Shelton for giving a hand up to traditional country music through his work on The Voice. But if he wanted to show true leadership and really make an impact, he would show that same leadership with his own music.