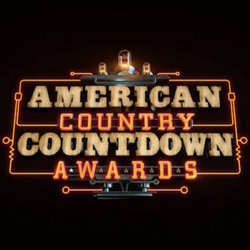 Welcome ladies and gentlemen to the Saving Country Music LIVE blog for country music’s most laughable and irrelevant awards show of the year, the America Country Countdown Awards, or ACCA’s. It has the distinction of being considered the 4th country music awards show, even lagging behind the immaterial CMT Awards. The ACCA’s are on their second retooling, changing their name two years ago to deal with terrible ratings, and moving from December to April this year in a feeble attempt to get more attention. The ratings last year (which was actually 2014) were abysmal.

Nonetheless, the nervous system of country music will be affixed on these awards tonight, so we will puff our chest out, let the snark fly, and let our dissenting viewpoints be known. And a few cool folks like Dwight Yoakam, and Merle Haggard’s backing band The Strangers will be making appearances, so let’s hope there’s a few positive reasons to watch as well. Luckily, this one only lasts two hours before the local news kicks in. For what you can expect from the awards, see bottom.

9:11 – It is very hard to see the ACCAs continuing in this climate of dwindling interest in popular country, network television, corporate radio, and 3rd tier mainstream stars. I guess if they can pull three million views they’ll think it’s worth it, but if they were smart, they would have more things like the Brooks & Dunn and Martina McBride performance, and the Merle Haggard tribute. The fans of THAT type of country will show their loyalty by tuning in. If you had a NASH Icon awards, or something similar that showcased all the great talent the other awards are forgetting (aside from Stapleton), that’s what would get you more eyeballs.

This presentation just felt incredibly flat. Even if folks are angry at what you do, at least they’re paying attention.

9:06 – Welp, that’s a wrap folks. I will compose some final thoughts and then be out of here. THANK YOU to everyone who followed along, all you folks down in the comments section, and everyone who liked, shared, retweeted, etc. We made it through together.

9:03 – In hindsight, putting the Haggard tribute last was probably the best thing. Got the bad taste out of everyone’s mouth before throwing it to the local news. Toby Keith and the Strangers did a good job.

9:00 – Seeing many folks pointing out that it would have been nice to see Ben Haggard sing one of his father’s songs. Especially since it was a medley, what would be the harm?

8:59 – Fair tribute to Merle Haggard to finish off this monstrosity. Toby Keith takes the show out playing “Fightin’ Side of Me.”

8:57 – Merle Haggard’s widow in the front row is in tears has Keith and the Strangers run through a medley of Merle’s hits. Ben Haggard playing lead guitar, has never looked more like Merle himself, and looks ready to keep his father’s legacy alive for years.

8:55 – All seriousness, Toby Keith was a HUGE Merle fan and supporter, and though he’s not my favorite artist ever, he probably deserves to helm this tribute, especially after he helped Merle with one of his final shows.

8:54 – Watching Toby Keith with Merle’s Strangers is like an image of your mother getting shoehorned into your sexual fantasy.

8:52 – Matthew McConaughey comes out to introduce the Merle Haggard tribute, and gives a touching speech about Merle’s impact.

8:50 – Dwight Yoakam handing out the meaningless “Artist of the Year” award. “Not Like The Drifter, but Luke Bryan!”

I’ll take it as a veiled stab.

8:48 – Usually I need sedatives to make it through these award show. Tonight I need Ritalin.

8:44 – Of course these bastards would put the Merle Haggard tribute at the end. It’s like putting the milk in the back of the supermarket.

8:42 – Best part of the ACCAs so far? Chris Stapleton stiffing them by choosing to play a club date instead of being there in person for his “Album of the Year” award.

8:38 – What’s the point of handing out awards when anyone with a Mediabase issue and a calculator could have figured them out 3 months ago?

8:33 – No way those two shills they pulled out of the crowd know the words to this nondescript song.

8:28 – Kelsea Ballerini works an hour a day on music, and 7 hours on how to be likeable in public.

8:26 – Kelsea Ballerini’s outfit is glowing. Her performance isn’t. Her stage presence is straight out of the Disney handbook for prepubescent performers.

8:24 – The breakthrough female performer of the year was Kelsea Ballerini, because her corporate radio professional father saw to it.

8:22 – The fan Carrie Underwood dedicated her performance to, Isley Thibodeaux, was a 10-year-old girl that was recently killed by a drunk driver. Cool story.

8:18 – With Brooks & Dunn performing “Red Dirt Road” the ACCA’s have now featured two of the biggest hits from 2003. And that’s about how relevant they feel.

8:14 – Time has been pretty kind to the music of Brooks & Dunn. I’m not opposed to these guys getting some face time.

8:10 – The only thing more taut that Reba McEntire’s skin is Luke Bryan’s denim.

8:07 – Even worse than people hating what you do, is people not caring at all. THat’s the wisdom I’m taking away from tonight’s ACCA Awards.

8:04 – Carrie Underwood looks like a character in Bladerunner that got tangled up in gold Party City bunting.

8:01 – Appropriate that Luke Wilson, the star of Idiocracy, would show up to this shindig.

8:00 – This show has an hour to find a pulse, or the ACCA’s will be yet another colossal failure for Cumulus and the show’s other underwriters. I can’t even find anything to be pissed about.

7:54 – Popular country music has gone from bad to bland. Hypothetically it’s an improvement, but it’s never enough to raise the pulse either way.

7:47 – Terry Crews shows up in a cowboy hat, everyone looks at him funny backstage. “I thought this was a ‘country’ show or something.”

7:46 – I’d love to see a piano fall on one of these losers. Now that would be entertainment.

7:45 – Same Hunt might be in more trouble than Florida Georgia Line. This song is completely flat. “Bad” is not the right word. It’s just completely forgettable.

7:44 – Why are all these country hacks playing pianos tonight. The Florida Georgia Line guy did that too. Just because you can locate the middle ‘C’ on the keys doesn’t make you a musician.

7:42 – Sam Hunt just won some award. Missed what it was, but the fact that Sam Hunt won it should tell you how immaterial it is.

7:41 – Why is it always the most non-country presenters who always put the effort out to look country at these awards shows? 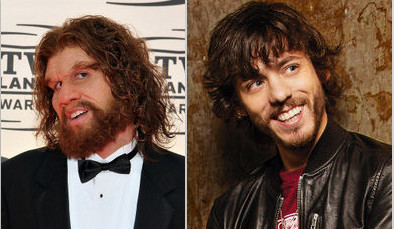 7:30 – This Cam performance is not bad. This song is a little flat, but there’s absolutely NO energy in this room. Too many corporate sponsors, and not enough cocaine.

7:29 – I hope Cam saved the receipt on those waiters. Tacky looking and two sizes too small.

7:27 – Chris Lane can’t tie his own shoes without telling himself the story of the rabbit going into the bunny hole.

7:22 – If they ever mention how many ACCA Awards someone won in their obituary, I’ll eat my hat.

7:20 – They’re finally letting the OTHER guy sing. A little. I have a theory that once Brian Kelley gets his 401K fully funded, he’s gonna quit this bullshit and flamethrow the whole Florida Georgia Line concept.

7:18 – Man, this “H.O.L.Y” song by Florida Georgia Line is such a dud. If it becomes a hit, there’s truly no justice. Only they could make a gospel song into a wet dream.

7:15 – The foul-mouthed Wheeler Walker Jr. on Twitter: “How many fucking awards are you assholes gonna give yourselves?”

7:12 – I find it VERY interesting that Kix Brooks is hosting this thing, but they didn’t promote him as the host whatsoever.

7:10 – Possibly even more than Chris Stapleton’s success, Luke Bryan releasing this song as a single shows how far we’ve come. Could do without all that ending bullshit though.

7:09 – I know it’s Luke Bryan, and I know this song is totally a laundry list affair, but it reminds me too much of a cool old Alabama song to hate on it too much.

7:07 – Obviously these awards don’t matter. They’re completely based off of radio play and touring numbers, meaning whatever the industry is shoving down people’s throats already. That’s why Chris Stapleton is rearranging his sock drawer tonight.

7:05 – Carrie Underwood’s a mother, and she could crack coconuts with those gams. Bestill my heart.

7:04 – Dude, Jennifer Nettles totally trainwrecked this opening performance. You can’t sing on top of notes like she does when you’re trying to harmonize with two other people. Martina and Cam were solid.

7:03 – All the bros at home right now are all, “Who let all these chicks out of the kitchen? Let me know when Florida Georgia Line comes on, or when they start making out with each other.”

7:02 – Not going to lie, “This One’s For The Girls” was always a guilty pleasure. Catchy chorus, and Martina can sing. Too bad the harmonies are REALLY off here.

7:02 – Having three women sing “This One’s For The Girls” to start off the show was clearly a play towards the movement to give women equal time in country. Or perhaps it’s a cost cutting measure by FOX by paying the opening talent 70 cents on the dollar.

7:01 – Bold move to start off the awards with a 13-year-old song. That’s about how far you have to go back now to find a time when they actually played good songs on the radio.

6:52 – There may be more people that vote for John Kasich in South Dakota than watching tonight. If these dumb awards don’t raise a pulse this time, I’m not sure they can hack at it another year.

So far, there is no announcement of a “host,” so perhaps it will just be handled by the presenters. The first official awards were hosted by Florida Georgia Line. You can probably guess how that went.

Toby Keith will perform a tribute to Merle Haggard with his backing bad The Strangers, and Merle’s son Ben Haggard.

Martina McBride, Jennifer Nettles, and Cam will kick off the presentation with McBride’s “This One’s For The Girls.”

Presenters: Many are from outside the country world, including Paula Abdul (why exactly?), actors Terry Crews, Luke Wilson, and Matthew McConaughey, and “So You Think You Can Dance” host Cat Deeley.

Musical presenters include Dwight Yoakam, Reba McEntire, Maddie & Tae, Scotty McCreery, Jennifer Nettles, Sara Evans, Jana Kramer, and a slew of spares who this is their only opportunity to ever appear on an “awards” show, Chase Bryant, Chris Lane, Michael Ray, and Canaan Smith.