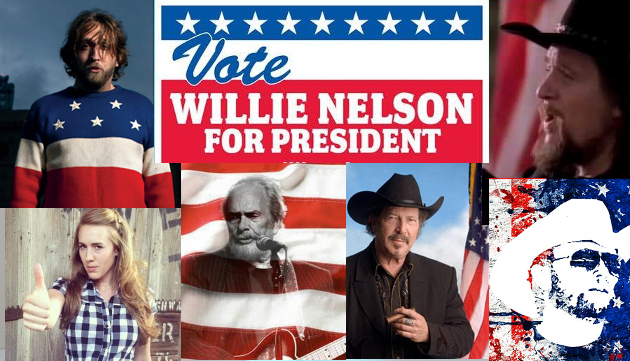 “Call your doctor if you have an election lasting longer than four years.” –Brennen Leigh

For those fed up with the political system, scared to vote either way for two of the most unlikable Presidential candidates in recent memory, voting with trepidation, not voting in spite, or just plain wanting this whole election thing to end and hoping that somehow the United States can find a modicum of healing after it is all over, here’s a playlist that speaks to the jaded American voter with a love for country music.

From uplifting and important messages of unity, to humor helping to bridge the political divide, to songs speaking about many of the reasons the political acrimony runs so thick, hopefully this playlist helps get through the next 24-48 hours and beyond.

The playlist is available though Spotify below (and make sure to follow Saving Country Music), or via YouTube. And please feel free to leave your suggestions for apolitical songs below.