Slaid Cleaves Is The Latest to Be Critical of Country 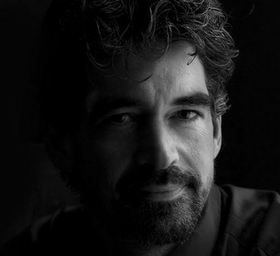 Austin, TX-based performer Slaid Cleaves is regarded as one of folk/Americana’s premier songwriters, and he’s also regarded amongst his peers as one of music’s most sharpest minds. Cleaves graduated from the prestigious Tufts University as a philosophy and English major, and recently when touring through Chicago in support of his 2013 release Still Fighting The War,  Slaid had some critical things to say about mainstream country to the Chicago Sun Times.

“I guess I just can’t stand that bigger-than-life, good ol’ boy kind of country music.” says Cleaves. “It’s all pretty cheesy if you ask me. Whenever I accidentally come across any nationally-recognized music, it turns my stomach pretty much. All the videos are sexed up with people just trying to push buttons and get people all riled up. I have a friend who writes for a living in Nashville, and he tells me that last season it was all about banjos and now it’s all about tailgates and trucks. He tells me you got to hit those notes if you ever want to get your song cut. I mean, c’mon.”

Cleaves continues, “I mean, don’t get me wrong, I appreciate the craft, and sometimes you can just tell that if a particular song had been done acoustically, it could have worked. There are well-crafted songs out there. I don’t know. Let’s just say I am very comfortable being on the tiniest little fringe of country music these days.”

Slaid’s comments touch on an important point that is sometimes lost in the back and forths of country music’s culture war. As mainstream country continues its flight from substance, it pushes away potential talent that doesn’t want to be considered “country” because of the stigma surrounding the term. Artists whose primary goal is not commercial but creative would much rather be labeled an independent artist, folk, or Americana than be lumped in with what is called country today. In turn, saying that mainstream country songwriters and performers have no talent becomes a self-fulfilling prophesy.